Paulo Dybala admits he was surprised by Cristiano Ronaldo’s personality when he joined Juventus.

Ronaldo arrived in a shock transfer from Real Madrid in 2018, linking up with Dybala in Turin.

The Argentinian says he the Juventus squad had did now know “anything about him” prior to his arrival in the dressing room.

But they were pleasantly surprised as Dybala hailed him as an “important figure” and “very sociable and friendly” within the club.

He also recalled an amusing story of how Ronaldo laughed off being told he is “hated” in Dybala’s homeland as he highlighted the negative way in which he is perceived back home.

Instead of reacting angrily, Ronaldo declared he is accustomed to the criticism which comes with being one of the greatest players of all-time. Dybala told the Argentinian national team website (via TyC Sports ): "On a personal level, I was surprised for good because I did not know him, none of us knew anything about him.

“Even in the previous Champions League we were knocked out against Real Madrid and there had been many crosses.

“But then we found something else, he is an excellent guy, very sociable and friendly inside and outside the locker room.

“Always ready to talk, to listen, that surprised me, being an important figure, they are not always like that. 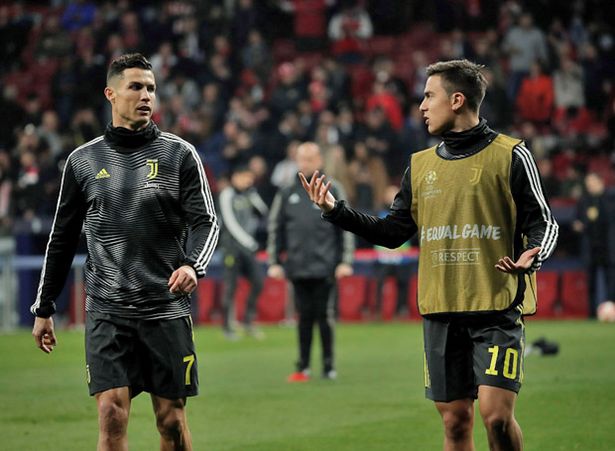 "Once I sat down to talk to him, we were traveling. I said 'look, I'm honest, we in Argentina a little hate you, for your figure, for your way of being, for walking, then you really surprised me because I found something else’.

“He laughed because he said 'I know that's the way it is, but I know how I am, I'm used to being criticised for that’.”

Dybala and Ronaldo struggled to gel on the field last year with Dybala having a below-par season which almost saw him sold.

But after proposed moves to Tottenham and Manchester United fell through, he has gained a new lease of life under Maurizio Sarri.

He added: "On the pitch we may not have had the intensity, but now we are finding a lot of feeling, his movements, his characteristics on the pitch.

“The first year I did not find him, with my change of position, of being so free throughout the field. I did not succeed in complementing myself with him, being close to him, something that I could work very well this year with (Maurizio) Sarri.”