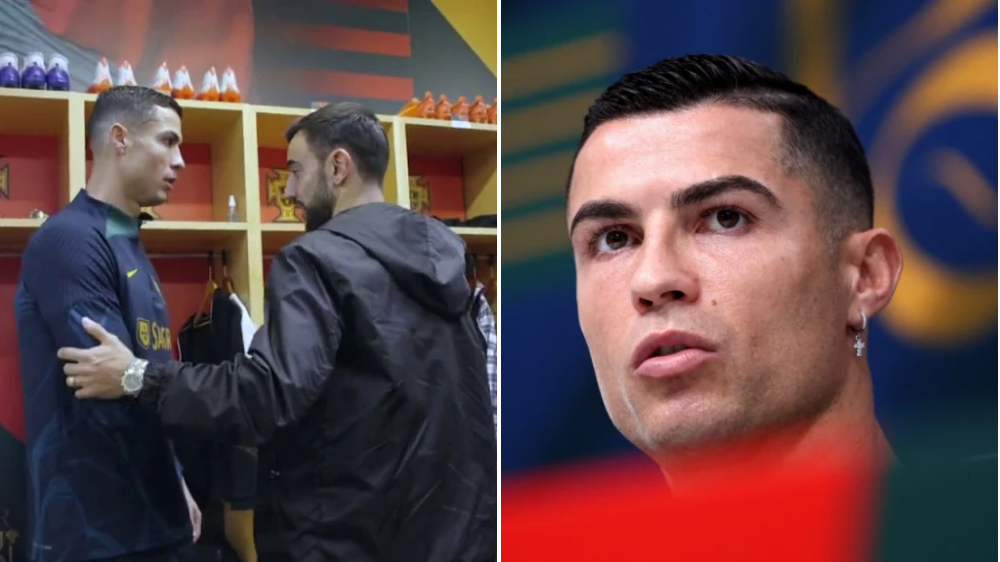 Cristiano Ronaldo has defended the timing of his explosive interview with Piers Morgan and urged the media to stop asking his Portugal team-mates about the situation.

The Manchester United forward sat down for a 90-minute interview on TalkTV which aired over Wednesday and Thursday last week in which he slammed the club’s hierarchy, accused them of ‘betrayal’ and said he would ‘never respect’ manager Erik ten Hag.

United are believed to be considering tearing up Ronaldo’s contract as a result and released a brief statement on Friday saying they had ‘initiated appropriate steps’ to deal with the matter.

The interview has overshadowed Portugal’s preparations for the World Cup, with Ronaldo’s team-mates and manager besieged with questions about their skipper.

Now the 37-year-old has held an impromptu press conference at Portugal’s training ground in Qatar in an effort to quell the storm he has created, defending his interview with Morgan and rubbishing suggestions of any unrest in the camp.

‘Timing is always timing. From you side it is easy to look at how we can choose timings,’ said the five-time Ballon d’Or winner.

He continued: ‘Please, don’t ask the players about me. Ask about the World Cup. I’m bulletproof and iron clad.’