Manchester United star Cristiano Ronaldo has reportedly demanded that the club terminate his two-year contract so that he is free to move this summer. The Portuguese missed the entirety of the Red Devils’ pre-season tour of Thailand of Australia due to personal reasons, and showdown talks with Erik ten Hag this week have failed to change his mind on seeking an Old Trafford exit.

Ronaldo is seemingly dead set on pursuing a 20th consecutive season in the Champions League, which he won’t be able to fulfil at United after they finished sixth in the Premier League last term. The team flopped despite the veteran’s best efforts, and the owners disposed of two managers before appointing Ten Hag this summer.

The Dutchman has been landed with an almighty task before even banking a competitive match with the Red Devils as club legend Ronaldo is pushing to jump ship. The Portuguese arrived at Carrington for face-to-face talks on Tuesday with super-agent Jorge Mendes by his side, while his former boss Sir Alex Ferguson also turned up at the training complex.

Despite United emphasising Ronaldo’s importance to the club, the player’s stance has not changed and The Daily Mail claim that he has informed the club of his wish to terminate the lucrative two-year contract he signed just last summer. 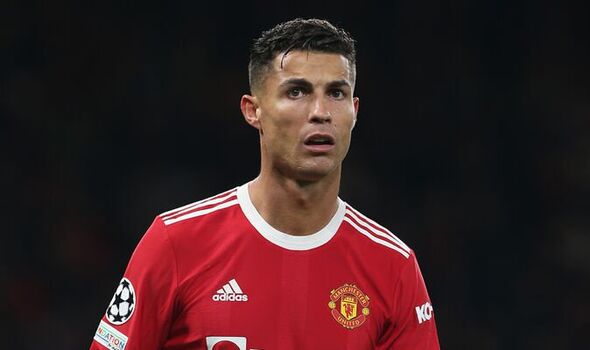 It is claimed that Ronaldo will continue in a professional manner regardless, and he was in attendance on Wednesday as United thrashed Wrexham 4-1 in a behind-closed-doors friendly. The 37-year-old trained under Ten Hag for the first time before the pre-season clash got underway.

There is a slim chance of the forward regaining enough sharpness to feature in either of the two friendlies scheduled for this weekend against Atletico Madrid and Rayo Vallecano. Ronaldo may consider it just as well that he misses the former, with fans unveiling a banner that read: “CR7 NOT WELCOME” amid rumours that they could offer the former Real Madrid superstar a way out of Manchester.