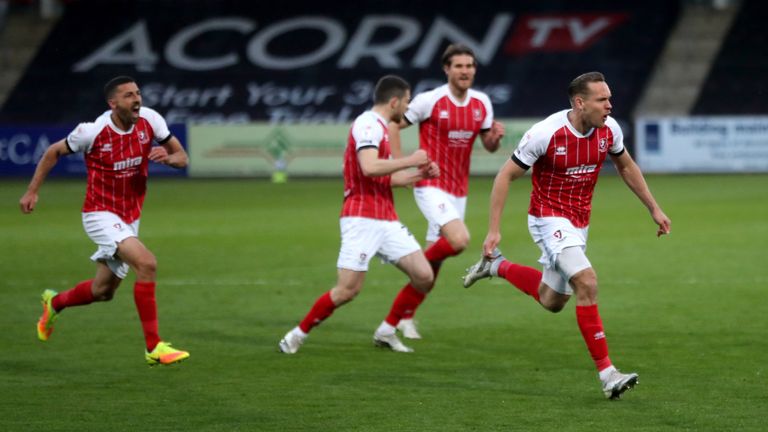 Cheltenham have become the first team in Sky Bet League Two to secure automatic promotion after a 1-1 draw with Carlisle.

Having returned to the top of the table after Cambridge’s surprise defeat to Stevenage on Saturday, Michael Duff’s men only needed to avoid defeat in their final game in hand in order to book their place in League One next season.

The celebrations come just 10 months after the Robins were pipped to a place in the play-off final by Northampton, who overturned a 2-0 first leg defeat to win 3-2 on aggregate and progress to Wembley.

It means Cheltenham will play in the third tier of English football for the first time since the 2008/09 season, when they were relegated under Martin Allen.