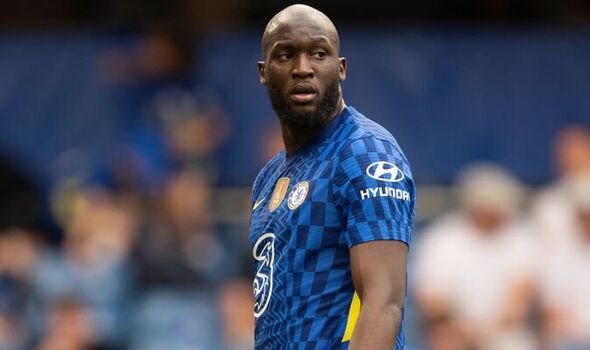 Romelu Lukaku has incredibly distanced himself from comments made by his agent Federico Pastorello, in which he declared there “was a problem” that needed to be discussed with Chelsea’s new owners at the end of the season. The Belgian centre-forward, who has vowed “not in my name,” has endured a rollercoaster return to west London following his club-record £97.5million switch from Inter Milan last summer.

The 29-year-old has managed just eight Premier League goals in 25 outings – three of which have come in the last two matches.

Sensationally, the representative’s comments made during an interview with  La Repubblica have triggered Lukaku, who has released a statement on his Instagram story.

He said: “Never ever will I let someone speak for me. I kept my mouth shut and focused on helping the team the best way as possible.

“So if someone out there trying to say something about me and the club… not in my name.”

Pastorello clarified that no talks had taken place with either Inter or AC Milan ahead of the summer but the 48-year-old did similarly point towards unrest between the player and Chelsea.

“Given the transfer parameters, nobody could expect this situation,” Pastorello said.

“I won’t discuss technical choices, but it’s clear that there was a problem.

“However, his numbers must be put into context. He is the best scorer in the team despite getting less playing time than his teammates.

“Now we must defend a Champions League spot and play the FA Cup final. That’s the only thing Romelu is focused on, we haven’t talked about anything else.”

Thomas Tuchel was made aware of Pastorello’s comments five minutes prior to his pre-FA Cup final press conference and he believes the agent should seek to discuss Lukaku’s future with him before making any rash decisions.

“If he plans to talk with the owner then maybe it’s not his plan to talk with me. If he gets a meeting, maybe he can talk,” Tuchel said.

“It’s his right and we will talk to anybody and evaluate the situation of any player including Romelu.

“I was only aware of it five minutes ago. That’s what it is. Sometimes in football, the tension is so high it attracts situations that you don’t want to have before big matches.

“For me it’s not a distraction and hopefully it’s not for everyone who works with the team.”