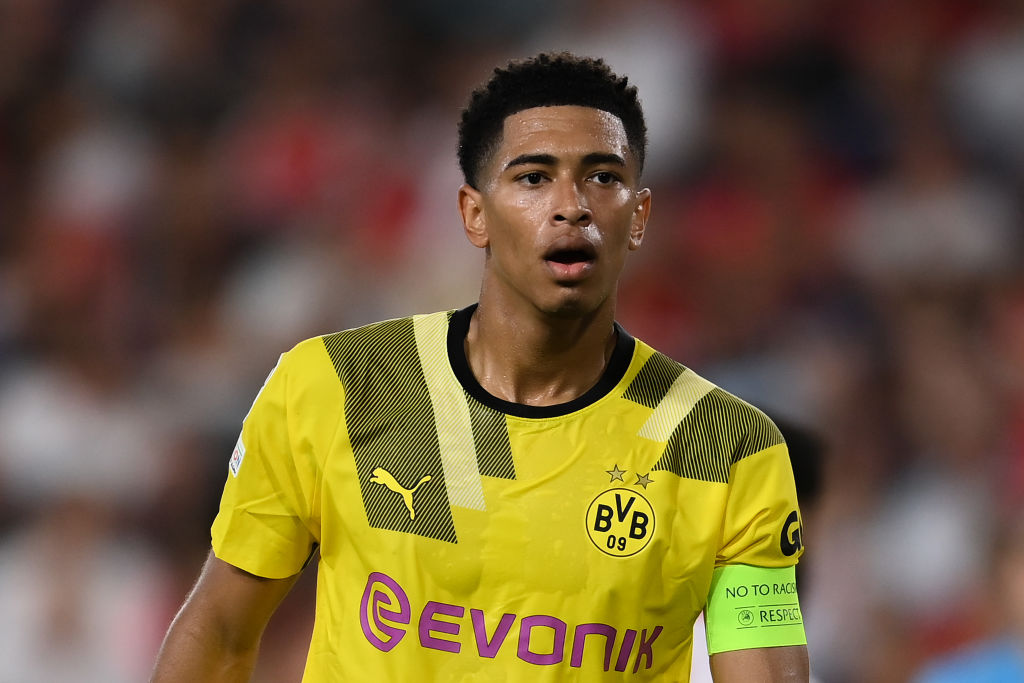 Todd Boehly has made contact with Jude Bellingham’s father and agent to discuss a sensational move to Chelsea, according to reports.

A number of top clubs have expressed interest in signing Bellingham, who has quickly developed into one of the most highly-rated players in Europe.

The 19-year-old has flourished at Borussia Dortmund, making more than 100 appearances for the club since his £25m move from Birmingham City in 2020.

His form in the Bundesliga and Champions League has seen him become a key member of Gareth Southgate’s England squad and Bellingham will hope to feature regularly at the upcoming World Cup, having got a taste of tournament football during the Three Lions’ run to the Euro 2020 final.

Bellingham is contracted to Borussia Dortmund until the summer of 2025 but there is a growing acceptance that the midfielder will be on the move next summer.

Jurgen Klopp and Pep Guardiola are known admirers of the teenager and are desperate to bring him to Liverpool and Manchester City respectively.

But Chelsea may have stolen a march on their Premier League rivals after Boehly – who bought the club from Roman Abramovich in May – made contact with Bellingham’s father Mark and the player’s agent, Mark Bennett.

German outlet Bild name Chelsea as one of the four ‘serious’ contenders to sign Bellingham along with Manchester City, Liverpool and Real Madrid.

It is also claimed that Chelsea could be willing to meet Dortmund’s stunning valuation for Bellingham if it means they are able to bring him to west London next summer.

Bellingham was asked about the fresh speculation over his future after Borussia Dortmund’s Champions League clash against Man City last week and said: ‘In all honesty I’m not thinking about anything like that.

‘You [the media] will be angry with me as you won’t get a headline, but I’m just focused on the next games with Borussia Dortmund.

‘I’m not even thinking about the World Cup. I’m trying to win games with Borussia Dortmund and then we’ll see what happens.’

Bellingham has scored nine goals in 18 games this season to help Dortmund move to within four points of surprise Bundesliga leaders Union Berlin and reach the Champions League knockout stages.