Tammy Abraham has taken to social media to react to Chelsea’s 1-0 FA Cup final defeat to Leicester City on Saturday. Youri Tielemans’ 63rd-minute howitzer succumbed the Blues to a loss in the final for a second successive season.

For Leicester, it was a glorious weekend as, after four previous failures in finals, they finally lifted the FA Cup trophy to complete their domestic collection.

The story couldn’t be more contrasting for Chelsea. They now face the task of gaining much-needed momentum in the short period before next week’s Champions League final against Manchester City.

Thomas Tuchel’s side produced a flat display in the climax of their FA Cup journey, and fans and pundits alike raised questions even before kick-off.

Tammy Abraham vastly contributed to the cup campaign, scoring four goals in three appearances this season, but was left out of Tuchel’s squad entirely at the weekend.

Abraham produced match-winning performances in both the fourth and fifth rounds of the competition. 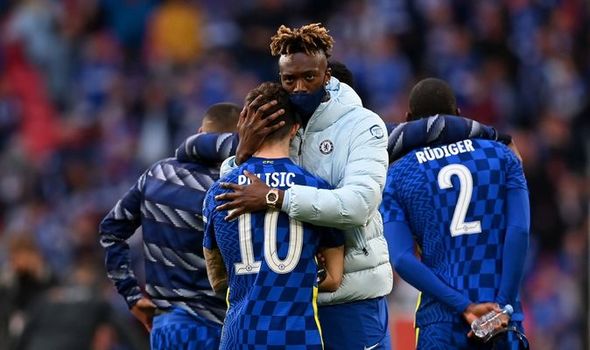 The 23-year-old scored a hat-trick in Chelsea’s 3-1 win against Luton Town in January before netting the only goal in a 1-0 away win at Barnsley the following month.

Addressing fans on Twitter after Saturday’s defeat in his absence, Abraham sent thanks but didn’t mention his bizarre snub.

He said: “It hurts but we still have unfinished business. Thank you for your support, good to have you back.”

There has, unsurprisingly, been plenty of reaction to Abraham being left out of Chelsea’s FA Cup final squad.

The England international’s girlfriend, Leah Monroe, fired a rant towards Tuchel ahead of kick-off.

She said: “How on earth do you make the decision to leave your top goalscorer out of the squad for a final!?!

“The same person who even scored the goals to actually qualify for this competition? It’s not making any sense to me whatsoever.

Former Arsenal striker Ian Wright also chimed in with his opinion, stating his shock to see Abraham’s omission while on BBC Sport’s coverage.

He said: “I’m really surprised not to see Tammy Abraham in there being the top scorer for Chelsea in the competition, that he can’t even make the bench.” 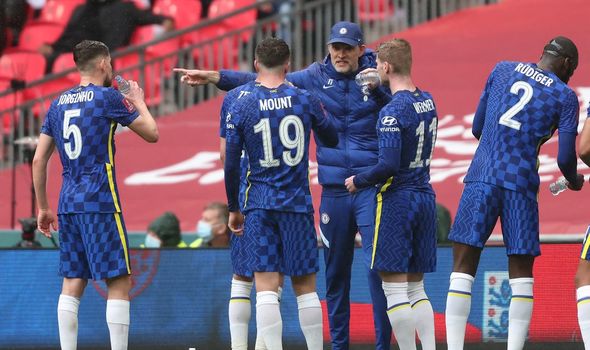 Abraham was Chelsea’s top goalscorer in all competitions last season, with 18 goals to his name under Frank Lampard’s tutelage.

He’s once again the Blues top scorer this term, level with Timo Werner on 12 goals, despite making 23 fewer starts than the German forward (18).

Interest should be ripe in Abraham this summer, with Aston Villa reportedly eyeing a move for the striker who helped them return to the Premier League in 2018/19.

He netted 26 times for Dean Smith’s side throughout that season, and he’s barely slowed down his rate of fire, so a potential Villa Park reunion is an exciting proposition.