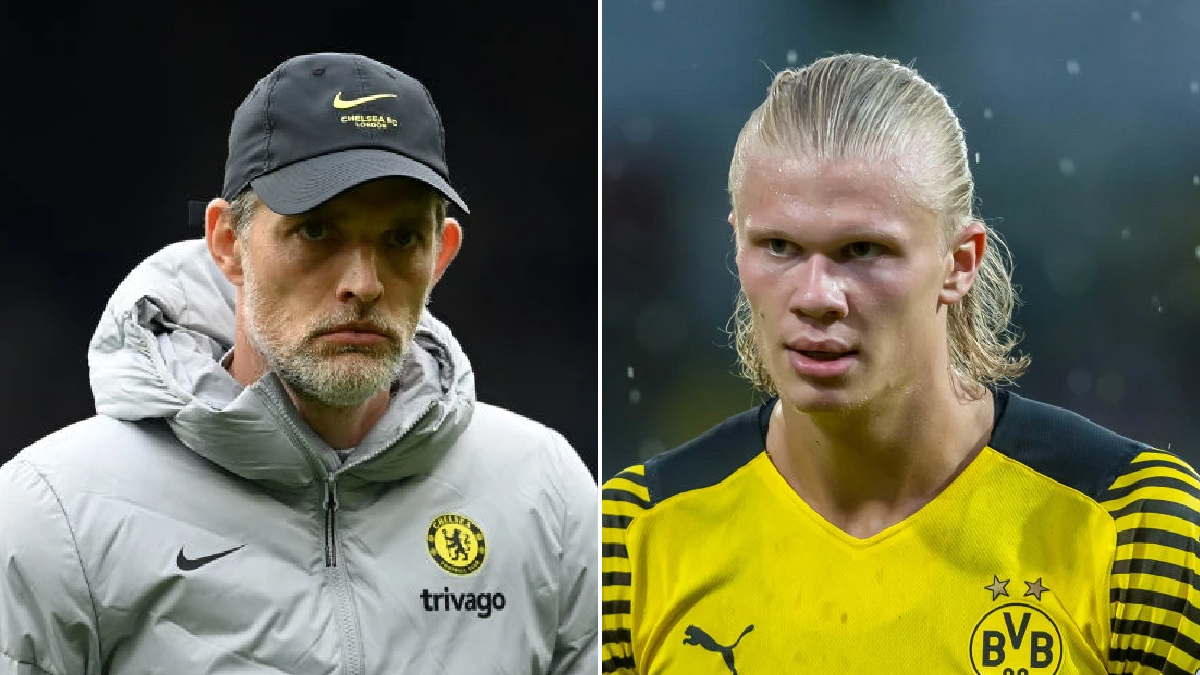 Chelsea looked into the possibility of signing incoming Manchester City striker Erling Haaland but scouts raised concerns over his playing style, according to reports.

The Norway international will move to the Etihad in the summer after the Premier League champions announced they had reached an agreement in principle with Borussia Dortmund, with City having agreed to pay his bargain release clause.

A host of European giants had looked into signing Haaland, including Spanish giants Real Madrid and Barcelona as well as City’s fierce rivals Manchester United.

Chelsea were also interested and had explored a deal last summer prior to signing Romelu Lukaku, though Dortmund were adamant he would not be sold having already lost Jadon Sancho that window.

Now ESPN claim Chelsea were reluctant to join the race to sign Haaland this time around with the club’s scouts having suggested he might struggle to adapt to the Premier League.

There was a feeling that the explosive and powerful Haaland benefited from the space he is afforded to run into in the Bundesliga, something he would be starved of in the more compact Premier League.

Bundesliga defences typically play with far higher defensive lines whereas teams set up much deeper in the Premier League – particularly when playing against the likes of City and Chelsea who dominate the ball.

Interestingly, Chelsea were not the only club to have reservations about committing so much money to a deal for Haaland; although the release clause is only around £51million, the total outlay is closer to nine figures when the signing fee, agents’ fee and bonuses are taking into account.

ESPN‘s report also claims Barcelona had their own reservations about signing Haaland, though rather than having concerns about his playing style they felt his personality and character could be a problem.

Real Madrid, likewise, were concerned by his injury record – he has missed a number of games this season with various muscle problems – though were still pursuing his signature up until February.

After a prolific year with Red Bull Salzburg, Haaland moved to Dortmund in 2019 and netted 85 goals in 88 appearances for the club in all competitions and joins City as one of the most exciting young players in world football.