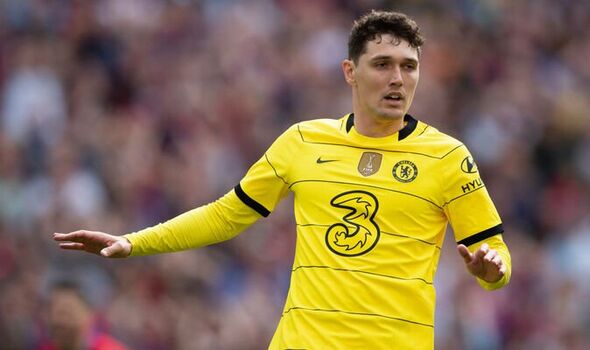 After recently making headlines after withdrawing from selection for the FA Cup final, Chelsea defender Andreas Christensen also pulled out of fixtures under Frank Lampard, former assistant Jody Morris has revealed. It comes after Blues boss Thomas Tuchel claimed that the Denmark ace removed himself from the Blues squad on the morning of last weekend’s clash with Liverpool at Wembley.

Christensen was set to feature in the showpiece fixture but pulled out ahead of the game, Tuchel said last week. Chelsea ultimately lost on penalties following a goalless draw after extra-time.

Tuchel has since claimed that it was not the first time the Barcelona-bound star has made himself unavailable on the day of a game, although hinted that there is a personal reason behind the frequent withdrawals. It now appears Christensen did the same under Tuchel’s predecessor Lampard.

Morris, who was No.2 under the Chelsea icon, has uncovered a similar pattern. “To be fair, we experienced that ourselves when we were here working with Andreas,” the former midfielder told Stadium Astro after the West Londoners drew 1-1 with Leicester on Thursday.

JUST IN: Everton may face investigation as Leeds and Burnley raise FFP concerns

“You never know what some players are going through. Whether it be nerves or whether it be something off the pitch. We experienced it a few times with Andreas but I don’t think he’s the only player who has experienced that. He might be a bit more honest about that side of it.

“Of course, you do want players who you can rely on. Someone like Cesar Azpilicueta, who has cemented his place in Chelsea’s history, he’s one of the best defenders to have played for the club.

“You’d have to say Rudiger, too. Under Thomas Tuchel, he’s been in the form of his life. He’s earned a big move away.”

Christensen has agreed a deal to join Barca when his Chelsea contract expires at the end of June, according to wide-ranging reports. Tuchel is unsure if the academy graduate has played his final game for the club.

Explaining the situation, the German coach said: “Andreas came in the morning of the match to speak to me and tell me that he’s not ready to play the match, not to start or be on the bench. He had his reasons, they stay private and confidential.

“But it was not the first time as you can see over the last weeks that we had some of the same situations. That’s why he did not play so regularly in the last times.”

Tuchel added: “We thought we were in a good progression and development, but the conversation took place, we had to respect it and we of course respected it. It was very short notice now before the cup final, and not only this match, other matches in the other weeks. There’s no chance I have any prediction for tomorrow or the weekend.”