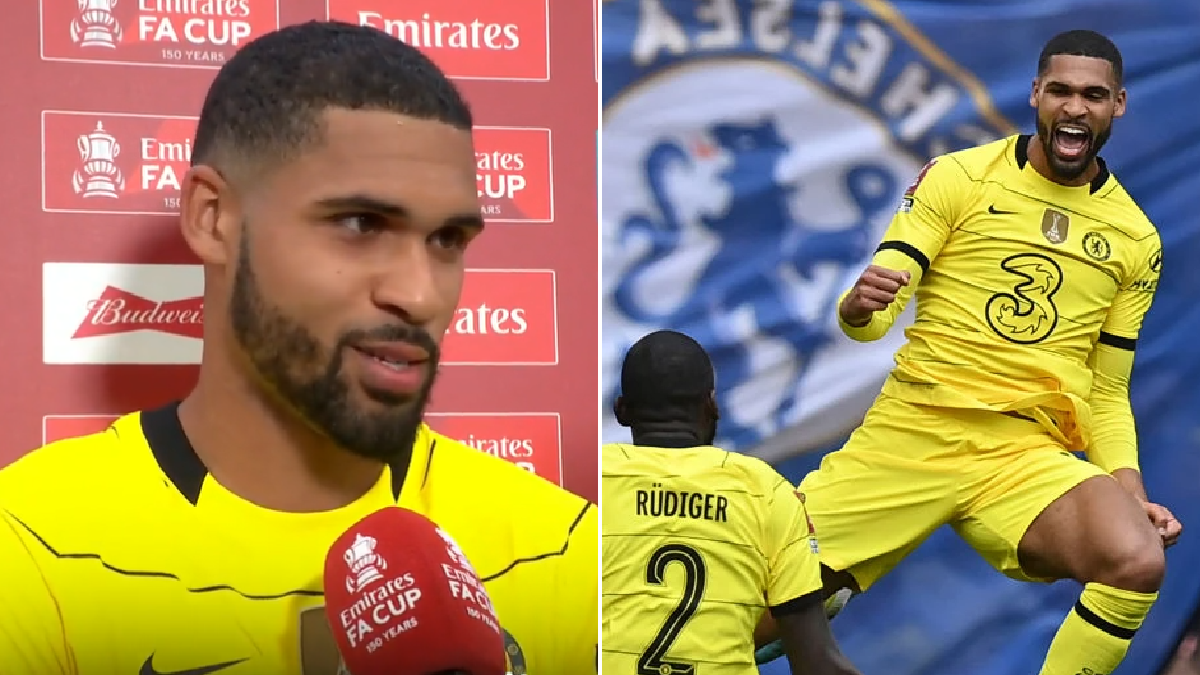 Ruben Loftus-Cheek says Chelsea are already itching to ‘get Liverpool back’ when they meet in the FA Cup final next month in what is a repeat of the Carabao Cup final.

The Merseysiders saw off Manchester City in Saturday’s semi-final, winning 3-2, with Chelsea joining them in May’s showpiece at Wembley after a relatively routine 2-0 victory over Crystal Palace on Sunday.

After a somewhat lethargic opening 45 minutes in which Palace showed occasional threat on the break, Chelsea finally opened the scoring in the 65th minute through substitute Ruben Loftus-Cheek.

The midfielder powered the ball into the top corner via a small deflection and 10 minutes later Mason Mount doubled the score, with the Eagles spurning a couple of late opportunities to get back into the game.

Chelsea – who lost last year’s final to Leicester City – will now take on Liverpool in a rematch of February’s thrilling Carabao Cup tussle, which the Blues were unlucky to lose on penalties, and Loftus-Cheek is eager to get revenge.

Speaking to ITV Sport after the win over Palace, the midfielder said: ‘We saw [the game] yesterday and we want to get them back. Simple as that.

Chelsea team-mate Mount echoed Loftus-Cheek’s comments and is eager to finally lift a Cup at Wembley after suffering defeat there several times in recent years.

He said: ‘It’s definitely time for us to win a final at Wembley. For myself I think it’s been five finals I’ve lost.

‘So now we have to put the pressure on ourselves to step up and it’s going to be a tough game. We remember the last Cup final we played very, very recently and now it’s time to get our payback.’

Loftus-Cheek, meanwhile, has re-emerged as a very useful member of Thomas Tuchel’s squad after getting relegated while on loan at Fulham last season – excelling recently both at right wing-back and in midfield – and he says he never lost faith in his ability to make the grade at Chelsea.

‘That’s always been my mentality [to fight]. The reason why I’m still here is my mentality through all the injuries,’ he said. ‘And I just keep going, and I still believe in myself. I’ve said it for many years, my time will come and I’ll keep knocking it down and working for it.’