Chelsea fans are desperate for Erling Haaland to join this summer after seeing their side fall to a humiliating 5-2 defeat to relegation-threatened West Brom on Saturday. The Blues kicked off the return of Premier League football with a chance to put some breathing room between them and the other sides battling for a top-four spot.

Timo Werner was given the nod to lead the line despite his poor performances for Germany in the international break.

Christian Pulisic was also given a rare start and he gave Chelsea the lead midway through the opening 45 minutes with his first league goal since December.

But Thiago Silva was sent off moments later before a wild ending to the first half saw West Brom go in 2-1 up with Matheus Pereira scoring a quickfire double in stoppage time.

Goals from Callum Robinson and Mbaye Diagne at the start of the second half soon put the result beyond doubt with Mason Mount scoring a consolation goal. 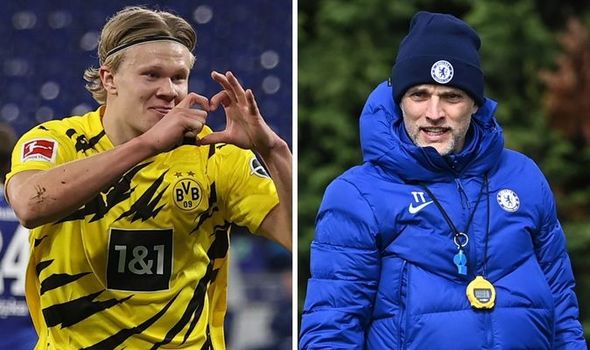 Robinson completed the rout with his second of the game in stoppage time to hand Thomas Tuchel his first league defeat since taking over from Frank Lampard.

The Chelsea boss was unable to explain his side’s poor performance, but Blues fans all pointed the finger at Werner.

The striker was once again a peripheral figure as he struggled to find the net on another frustrating afternoon for the summer signing.

Werner has scored just one league goal in his last 21 appearances and some Chelsea fans are already hoping he’s moved on at the end of the season.

With Haaland being linked with a move to Stamford Bridge, Blues supporters want to see Werner offered in a part-exchange deal to help land the Norway international.

One fan wrote: “Sell Timo this summer and goes all in on a new striker. Possible signing of Haaland or veteran Aguero. The lack of production from the German is alarming.”

Another tweeted: “Werner swap for haaland. He cant be our striker again.”

A third fumed: “Honestly done with Timo Werner, Abramovich needs to throw every penny at Haaland.” 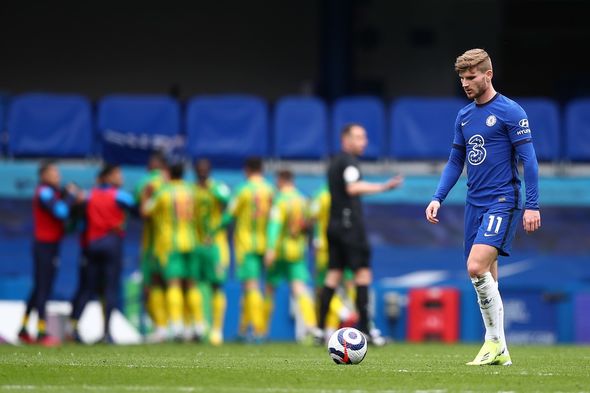 Another posted: “Chelsea must include Werner in the Haaland deal.”

Chelsea have just a few days before they’re back in action when they travel to take on Porto in the Champions League quarter-final.

But the defeat to West Brom means Chelsea could drop down as low as sixth in the Premier League table by the time they face Porto if both West Ham and Tottenham win against Wolves and Newcastle respectively.