Christian Pulisic’s away goal in Madrid hands the Blues a healthy advantage, although it could have been slightly better had Karim Benzema not equalised soon after at Estadio Alfredo Di Stefano.

Chelsea’s improvement under the German has been remarkable since he replaced Frank Lampard earlier this year.

The west Londoners were ninth in the Premier League when club legend Lampard departed on January 26. Tuchel’s side are now fourth – three points above fifth-placed West Ham.

Overtaking third-placed Leicester City is still easily achievable, with Chelsea two points behind the Foxes’ tally of 63. They also defeated Manchester City to reach the FA Cup final, where they will be favourites against Leicester on May 15.

Tuchel has of course been aided by the array of talent put together by his predecessors but to win their Champions League semi-final tie would be another milestone in a fantastic campaign. 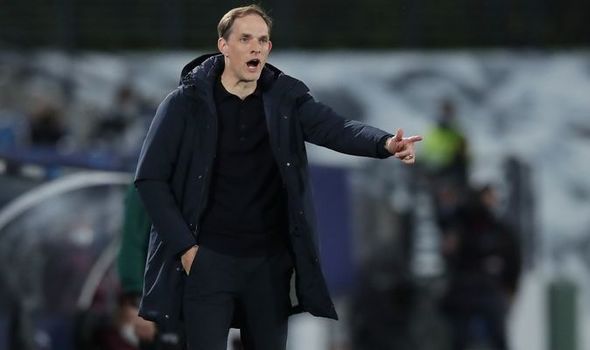 Express Sport has picked out four players who could make a difference against Real Madrid.

JUST IN: Tuchel warns Chelsea players over Ramos ahead of Real Madrid clash 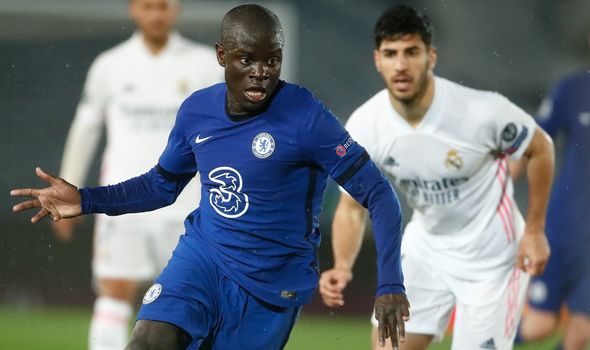 The midfielder has been integral to each of Chelsea’s three trophies since he joined from then-Premier League champions Leicester City in 2016.

His maiden campaign ended with a second-successive league title for the Frenchman, making him the first player to achieve that feat with different clubs.

In his second campaign, Chelsea defeated Manchester United to win the FA Cup. A year later, he was a Europa League winner.

A World Cup winner with France just for good measure, the Champions League is the one of the few major trophies that has eluded Kante in his career.

Boss Tuchel has backed the 30-year-old to end that wait soon.

“He is the guy you need to win trophies. That is why I am so, so happy he is here [at Chelsea],” Tuchel said ahead of this evening’s game.

“I have dreamed about this player, fighting for this player at any club I was coaching at and now he is my player.

“For me he is an example, an unbelievable input for any team in the world. He will be key.” 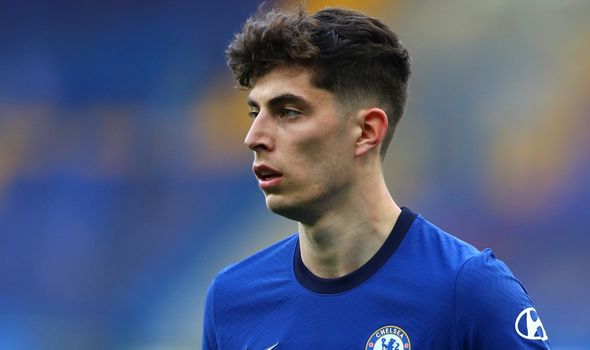 His three goals in as many matches are evidence that things are finally beginning to fall into place for the 21-year-old.

Havertz struck a brace to overcome west London rivals Fulham at Stamford Bridge on Sunday. That came after he scored and assisted in another London derby win over Crystal Palace two weeks prior.

They were his first Premier League goals since he scored in the 3-3 draw with Southampton on 17 October.

The attacking midfielder arrived from Bayer Leverkusen at the cost of £70million and therefore enormous expectations.

There have been caveats to his difficult season however. He contracted coronavirus soon after arriving and the change of manager from Frank Lampard to Tuchel might have been unsettling.

But he can set an early milestone in his Chelsea career by helping them into a Champions League final. 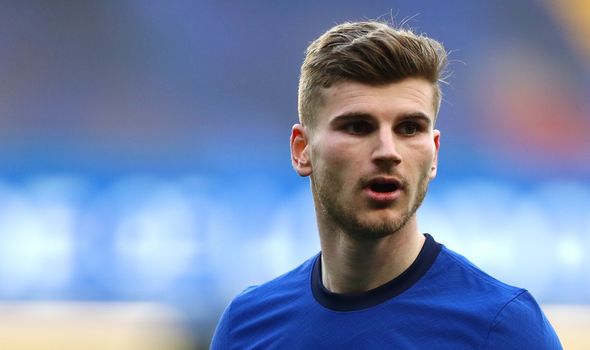 Another player whose Stamford Bridge spell finally seems to be kickstarting is German striker Werner.

The goals still might not be coming quite as regularly as they did for RB Leipzig but the 25-year-old is becoming key to Tuchel’s system at Chelsea. His energetic pressing style and unselfish link-up play has been key to the club’s improvement in the second half of the season.

Slightly underappreciated are his 13 assists this season, including the one for Hakim Ziyech’s FA Cup semi-final winner against Manchester City. Werner also set up one of Havertz’s goals in the victory over Fulham at the weekend.

They go together with 11 goals, and suddenly 24 goal contributions does not look like a bad first campaign.

Just like the similarly maligned Fernando Torres did in 2012, Werner could write his name into Chelsea folklore if he scores the goal that takes them into the final. 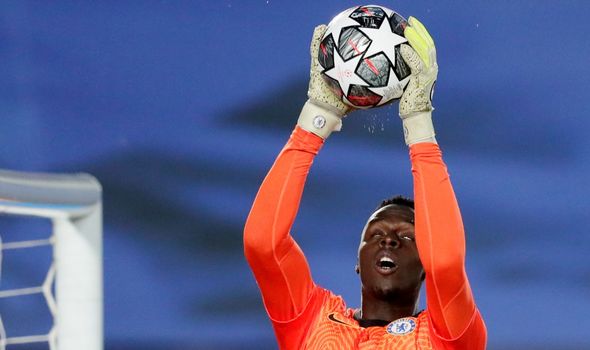 No player has contributed more to Chelsea’s defensive improvement this season than Mendy has.

The 29-year-old was signed to displace the error-prone Kepa Arrizabalaga as the Blues’ first choice goalkeeper and has been a revelation.

The Senegalese made four saves during the first leg and will need to be on top form again at Stamford Bridge.