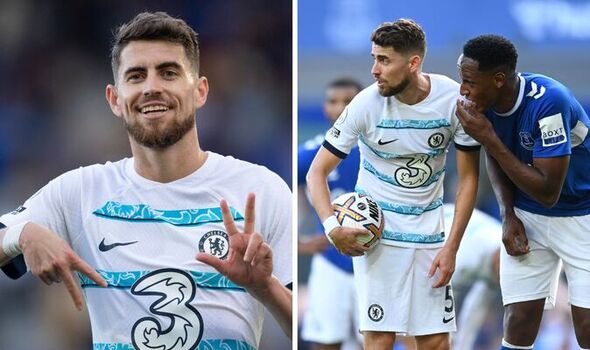 Chelsea kickstarted their Premier League campaign with a gritty 1-0 win on the road at Everton, who showed signs of improvement under Frank Lampard following last season’s shambles that saw them dragged into a relegation dogfight. Playing without a recognised striker, the Toffees more than matches the Blues but failed to find a way past Edouard Mendy.

Chelsea broke the deadlock when Jorginho found the net from the penalty spot after Abdoulaye Doucoure fouled Ben Chilwell in the box.

The Blues huffed and puffed in pursuit of a second goal but couldn’t quite find it. Raheem Sterling thought he’d officially opened his account for Chelsea but his goal was ruled out for offside and he had another effort deflected wide late on. 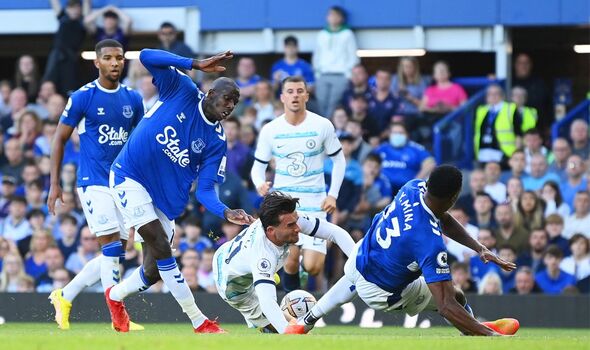 Chilwell might have competition in the form of Marc Cucurella but the England international was out to prove he won’t be giving up his position without a fight.

It was a tough campaign for Chilwell last term following an extensive lay-off with a serious knee injury but he won the penalty that enabled Jorginho to open the scoring.

There has been talk that Cucurella could be about to slot in at left centre-back and Chilwell will be keen to make it clear he has no plans to surrender the shirt.

Marcos Alonso is expected to join Barcelona after being left out of the match-day squad and now Chilwell has the chance to cement his place as the club’s first-choice left wing-back – ahead of new signing Cucurella.

Thiago Silva was once again a class act at the back for Chelsea, marshalling the back-three with relative ease.

The Brazilian made an absolutely pivotal interception to block Demarai Gray’s pass that would have seen Antony Gordon put through on goal.

Kalidou Koulibaly was often keen to venture forward but Silva was the glue that held it all together at times.

In the second half, he even allowed Demarai Gray to have the ball because he knew he couldn’t match the winger’s pace but he was still able to read the attacker.

Silva will be 38 next month but he is still among the finest defenders in all of world football.

He made another excellent block from a low cross in the second half, guiding the ball back to Edouard Mendy. 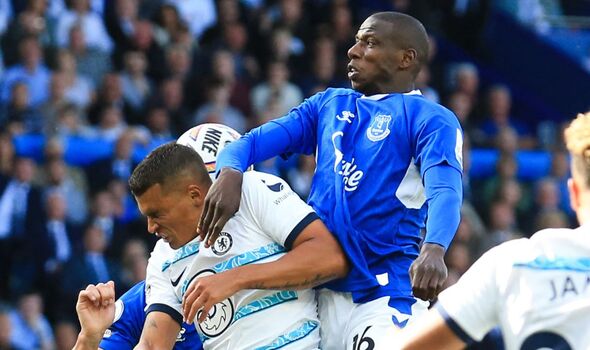 Jorginho may have scored nine penalties for Chelsea last season but Jordan Pickford was able to deny him in the final of Euro 2020 – although Italy went on to lift the trophy.

This time around the midfielder won the battle of wits, sending Pickford the wrong way after Abdoulaye Doucoure bundled over Ben Chilwell.

The Chelsea man went exactly the same way he did in the Wembley shootout, except Pickford changed his dive as he watched the ball trickle into the net.

Jorginho’s penalties continue to divide opinion but there was no hop, skip and jump this time, as he buried his spot-kick into the corner. 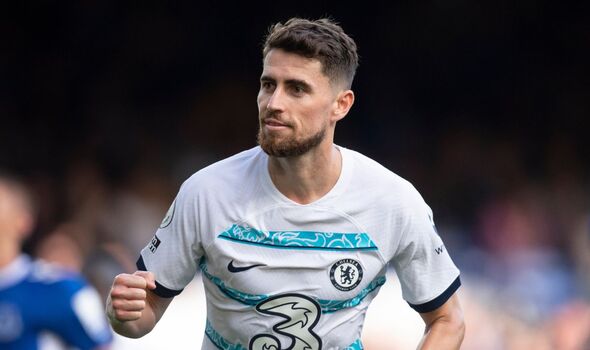 The Lille midfielder is expected to complete his move to Goodison Park in due course after a £33.7m fee was agreed between the clubs.

Yet he may not be the only new arrival after Ben Godfrey suffered a suspected serious ankle injury.

The versatile defender was stretchered off following a full-blooded challenge and he now looks set for an extensive spell on the sidelines.

Yerry Mina also picked up an injury, meaning Everton may now have to dip into the market for defensive reinforcements.

Alex Iwobi looks revitalised in the middle of the park in a new midfield role.

The winger has found it hard to show consistency in his game both with Arsenal and Everton but he looked rather impressive for the Toffees at Goodison, playing the ball around the pitch.

Technical quality is not something you’d usually associate with Iwobi but he was checking his shoulder and spreading the play for his side.

Iwobi’s days as a wide forward seem to be all but over but he’s proven he can still be a player of importance for Frank Lampard.