Nathan Jones confirmed he will hold talks with Southampton on Wednesday as he moved a step closer to becoming their new manager.

The Welshman is expected to be rubber-stamped as Ralph Hasenhuttl’s replacement in the next 48 hours after the clubs agreed compensation, with the 49-year-old facing a baptism of fire at Liverpool on Saturday.

Jones said: ‘I’m flattered to be linked with Southampton so we will see what the next few days bring. But it will take something special to take me away from this. It’s a wonderful, wonderful club.’ 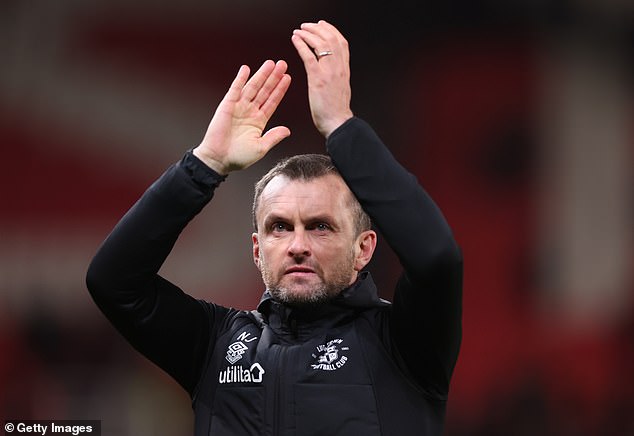 Despite helping to lead Luton from League Two to the verge of the Premier League in two successful spells at the club, Jones was unable to say farewell with a win. He was no stranger to defeat during an unhappy 10-month spell at Stoke in 2019 so it was fitting he should end his Luton reign with another poor result there.

Stoke sealed victory with two goals in the first 13 minutes. Both came from Morgan Fox crosses, Nick Powell burying the first after three minutes with a diving header before Tom Lockyer inadvertently guided another telling centre into his own net.

Stoke boss Alex Neil said: ‘The result was more important than the display.’

Sheffield United missed the chance to go top of the Sky Bet Championship as Ben Wiles’ strike earned Rotherham their first win at Bramall Lane since 1980. 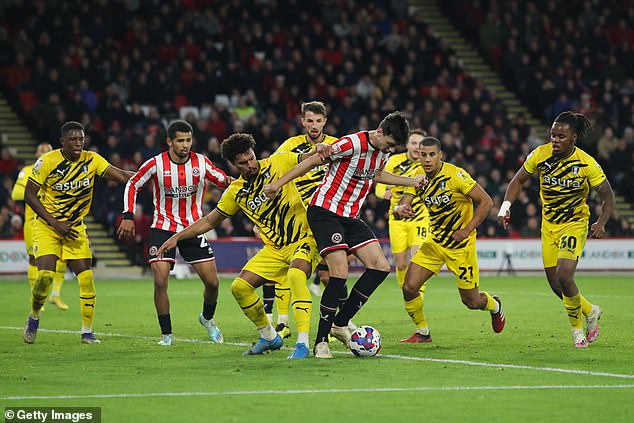 Wiles’ strike seven minutes before half-time gave a Millers side missing six players through injury a first win in five and dealt the Blades a major setback just days after their statement victory over league leaders Burnley.

Watford up to fifth with a 2-0 win over Reading as Joao Pedro got both goals at Vicarage Road.

The first came from the penalty spot with 15 minutes gone after Pedro was fouled by Ovie Ejaria, and he added a second with a late volley.

The Hornets moved above QPR who were stunned 2-1 by the league’s bottom team Huddersfield, the Terriers’ first away win of the season.

Lyndon Dykes marked his 100th appearance for Rangers by firing them in front after only 90 seconds, but it all went wrong thereafter as they suffered a third defeat in four. 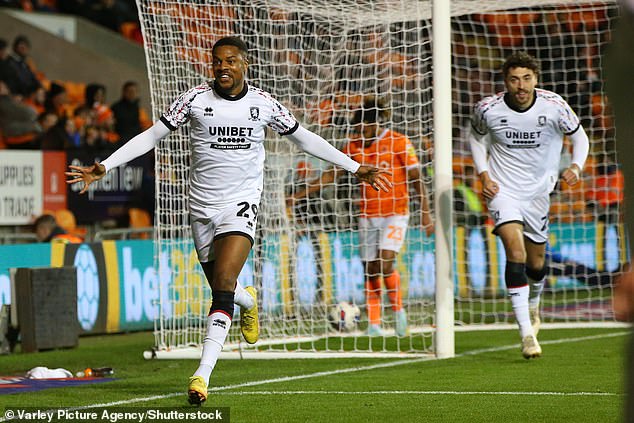 Josh Ruffels headed Huddersfield level in the ninth minute before scoring a spectacular second, finding the net with an overhead kick in the 26th minute.

Swansea could not take advantage of QPR’s dropped points as Troy Deeney’s 89th-minute equaliser denied them victory in a 2-2 draw at Birmingham.

Scott Hogan had put Blues ahead after nine minutes but Swansea turned it around with goals from Olivier Ntcham and Matt Grimes before half-time.

The draw leaves them in eighth place, two points above Birmingham.

Michael Carrick saw his Middlesbrough side move further clear of trouble with a 3-0 win away to Blackpool. 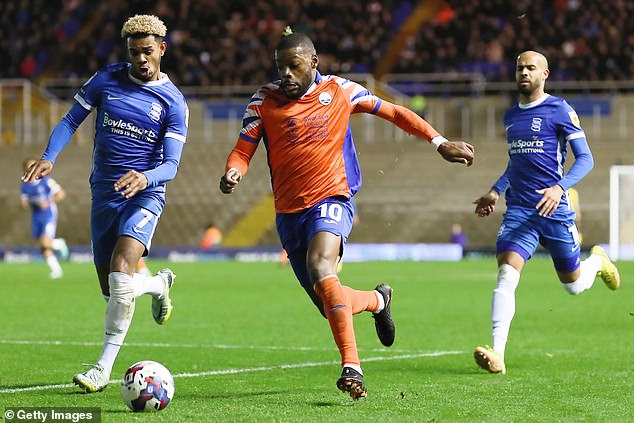 Isaiah Jones fired them in front with 15 minutes gone, Marcus Forss added a second from the penalty spot early in the second half and Chuba Akpom sealed the win in the 65th minute.

Middlesbrough move up to 16th, one point behind Rotherham and Stoke.

Liam Rosenior celebrated his first win as Hull boss as Regan Slater scored two goals in three minutes to help them to a 3-2 win at Cardiff.

Hull scored first through Dimitrios Pelkas, but Birmingham responded after the break to level through Callum Robinson and lead through Gavin Whyte, only for Slater to flip the game again in the 75th and 77th minutes.

Gustavo Hamer and Viktor Gyokeres got the gaols as Coventry secured a third win in a row with a 2-0 victory over Wigan.