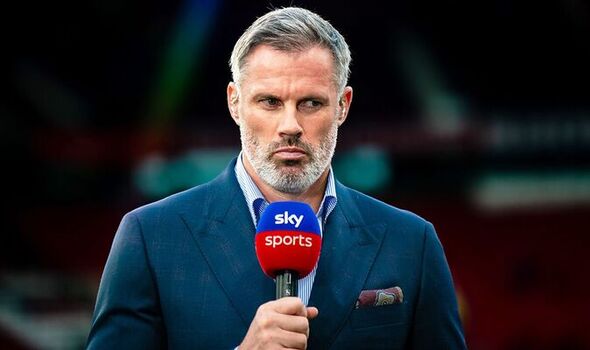 Liverpool legend Jamie Carragher expects Manchester United and Chelsea to miss out on the Premier League top four this season. Carragher believes his former club will sneak into the Champions League qualification places instead of their two rivals.

United currently sit fifth in the table, two points clear of Chelsea in sixth. Liverpool are down in ninth following back-to-back defeats to Nottingham Forest and Leeds.

But Carragher thinks Jurgen Klopp’s side can turn it around in the second half of the season. He has backed both Arsenal and Tottenham to maintain their spot in the top four, along with title favourites Manchester City.

United and Chelsea are the two of the so-called big six who Carragher says will miss out. He told the Daily Mirror: “I think the north London clubs [Arsenal and Tottenham] will both get in it now, I really do believe that.

“I have loved watching Arsenal, they’ve almost been my favourite team to watch this season. I think Liverpool will get in there ahead of Chelsea and Man United and then the two north London clubs will be alongside Man City.”

However, Carragher does admit it will be tough for Liverpool. He says only City can cope with them at their top form but insists they must find that level to keep United and Chelsea at bay.

He added: “But I think it will be a fight that goes right down to the wire and as a Liverpool supporter if you offered me fourth now I would bite your hand off. I think Liverpool are in a right fight for that and they could easily finish sixth.

“But I do think Liverpool will stick in there and I do think in that second-half of the season we’ve got to see the Liverpool of old at some stage. When Liverpool get back to that it is too much for everybody else in this league, except Man City.

“But if they don’t get back to that consistency it’s going to be tough for them.” Each side has just two league matches remaining ahead of the break for the World Cup.

Chelsea host Arsenal on Sunday, before a trip to high-flying Newcastle a week later. United face two away trips against Aston Villa and Fulham, while Liverpool travel to Tottenham this weekend before hosting Southampton.