Richarlison told to up his game by Carlo Ancelotti after a disappointing campaign for the Everton forward as the Italian coach insists the forward can have a ‘much, much better season’ next term

Carlo Ancelotti has demanded Richarlison raises his standards after enduring a season in which he has failed to reach the heights Everton’s manager expects.

The Brazil forward has scored 12 times in all competitions this season but he is without a goal since March 4.

He is set to play his 100th game for Everton against Aston Villa on Saturday evening, but rather than talk about the positive strides Richarlison has made, Ancelotti pursued a different angle. 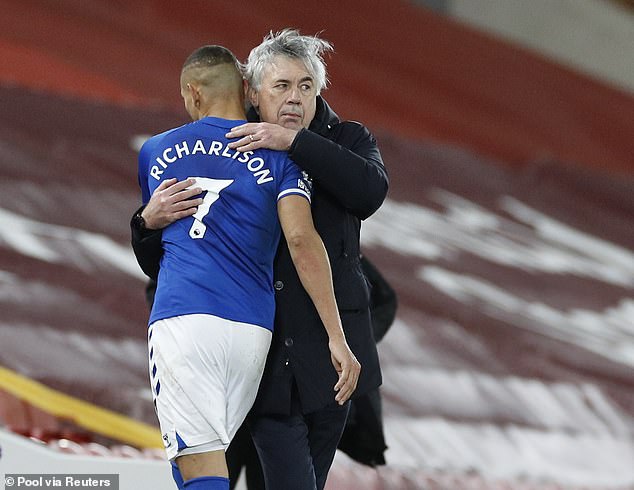 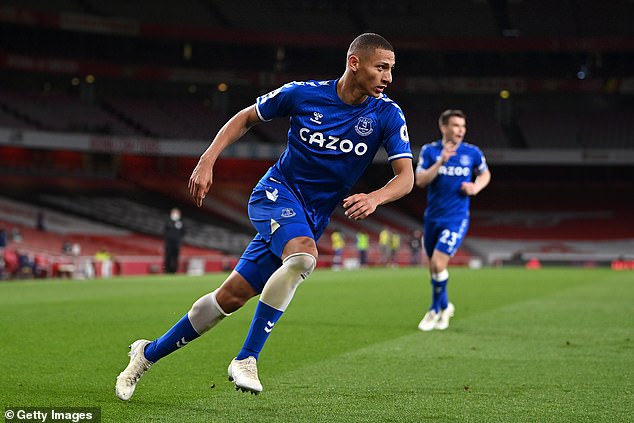 The Italian has never failed to speak encouragingly about Richarlison, who is Everton’s club record signing, but on this occasion the Italian made it clear he expects much more from the 23-year-old — and wants a response in the final six games.

‘He had problems at the beginning (of the season),’ said Ancelotti. ‘He started well but was then suspended and travelled with the national team and then was out for another personal reason; from a physical viewpoint he was not always at the top, and this affected his technical performances.

‘He had a good spell when Dominic Calvert-Lewin was out. He scored goals and did well as a striker, but he can do much, much better next season for sure — and I hope he can do better at the end of this season as well.’ 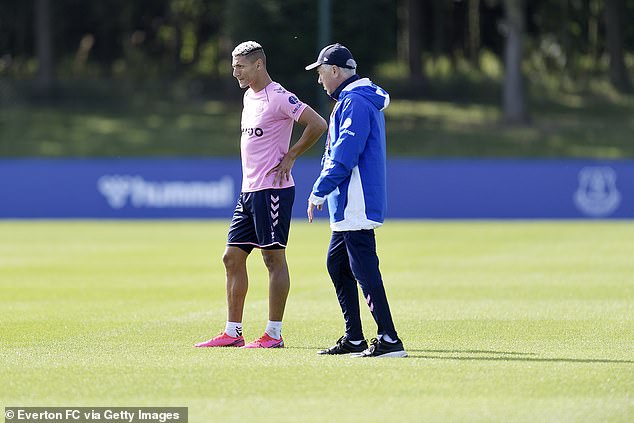 Ancelotti claims his forward can do ‘much, much better’ for the Toffees despite his goals

Asked whether it was an issue with self-belief, Ancelotti replied: ‘No, he hasn’t lost his confidence. He is a young player with a strong motivation because he wants to play for us, for the national team, and he wants to play in the Olympic Games.

‘But we must not lose sight of the fact he is still a young player. When I say he can do better it is not because he lost confidence or is not good enough. He is a fantastic striker, a top player, and he has had a normal season, but for the quality he has he can do much better.’

Ancelotti has centre half Michael Keane back available for the home clash with Villa. The 28-year-old sat out of the 1-0 win at Arsenal last Friday with a leg injury. 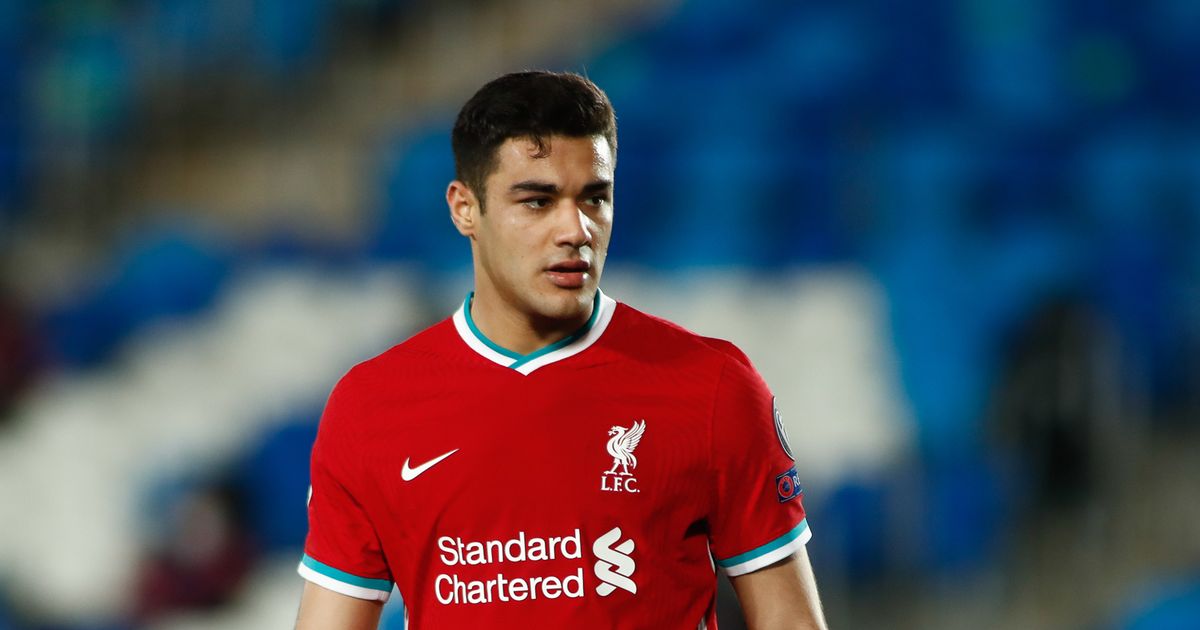