Tottenham have booked their place in the 2020/21 Carabao Cup final, where they will face either Manchester United or Manchester City. Here’s all you need to know about the Wembley showdown in April.

When is the Carabao Cup final?

The match had initially been scheduled for February 28 but has been pushed back in the hope that more supporters will be able to attend.

Where will it take place? 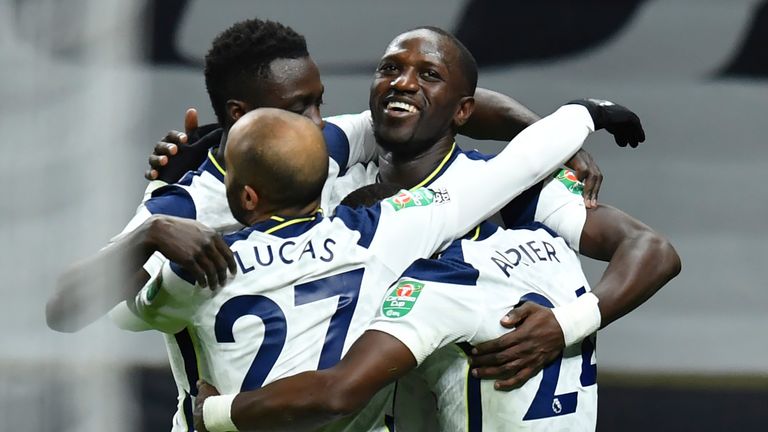 The final is currently set to take place at Wembley.

Tottenham, who beat Brentford 2-0 in their semi-final, will take on either Manchester United or holders Manchester City.

The game will be live on Sky Sports. You will also be able to follow the action with a live blog on the Sky Sports website and app, as well as watching free match highlights after full-time.

Will fans be able to attend?

The EFL hopes so.

In confirming the decision, the EFL said: “It is the objective of the League to stage the final with as many supporters in attendance as possible and the decision has therefore been taken to move the final from its original date of Sunday 28 February 2021 to later in the year.

“The number of fans permitted will be dependent on Government guidance in place at the time and it is hoped that moving the date to later in the year will give clubs and their fans the best opportunity to attend in person.”

The December decision followed the introduction of new Tier 4 coronavirus restrictions in large parts of south-eastern and eastern England.

England has since gone into lockdown, with a review set for mid-February.

VAR – and more subs for final

Video Assistant Referees will be used in the final, as in the semi-finals.

The EFL has also agreed to increase the number of substitutes permitted.

Nine substitutes can now be named in the matchday squad, with five permitted to take to the pitch during the 90 minutes and extra-time if applicable.

Each team is only permitted a maximum of three opportunities (excluding half-time, full-time and half-time of extra-time) to make substitutions during normal time. However, if a tie goes to extra-time, an additional opportunity to use a substitute(s) will also be permitted but only from the five substitutes allowed.