Burnley caretaker manager Mike Jackson admitted he was ‘disappointed’ his side did not claim all three points against Aston Villa in their battle for Premier League survival as he promised his side would be ‘ready’ for the tense finale on Sunday.

The 1-1 draw at Villa Park moved Burnley out of the relegation zone and they will avoid relegation if they match Leeds’ result on the final day.

Burnley went ahead through a penalty from Ashley Barnes before Emi Buendia levelled early in the second half. 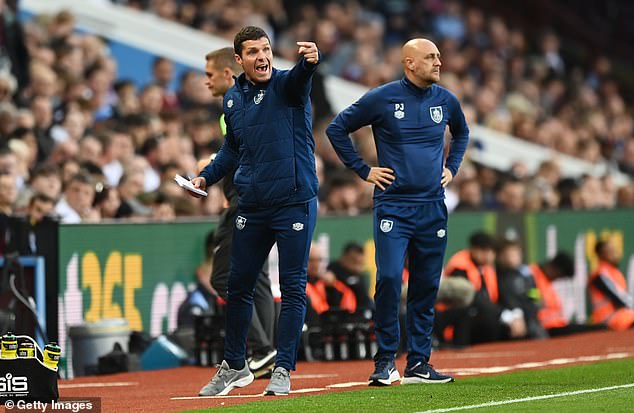 The Clarets could not find a winner, which would have boosted their chances of securing their Premier League place, and Jackson warned the job was not done yet.

‘It’s not mission accomplished,’ Jackson told BBC Sport. ‘The least we wanted was a point. We’re a little disappointed not to get the three.

‘Everything I’ve seen tonight is what this group does. They’ve had to dig in, they’ve had to work. We’ll need it again on Sunday.’ 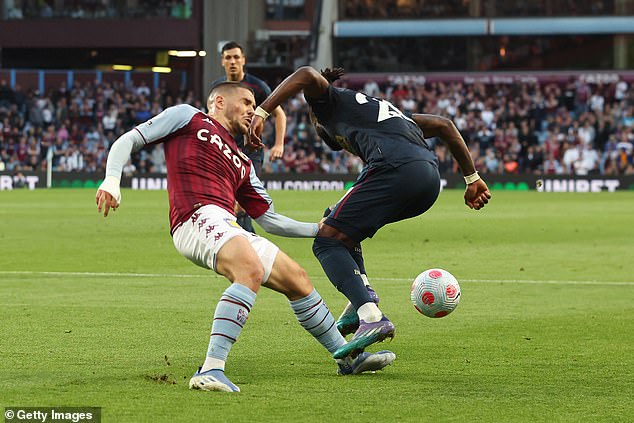 Jackson, who was earned 11 points since being appointed as caretaker after the sacking of Sean Dyche in April, said it was a ‘terrific point’ for his side.

‘This is a tough place to come,’ he said. ‘We knew we’d be under the hammer at times. It was an unbelievable performance with regards work-rate, grafting, discipline, desire. It wasn’t pretty but those are things you need at this stage of the season.

Burnley conclude their campaign at home to Newcastle knowing victory will secure their Premier League status. Jackson’s side will stay up if they lose and Leeds are beaten at Brentford. 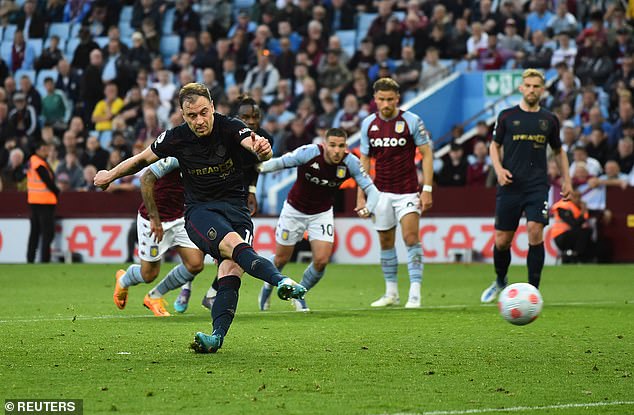 Barnes struck just before half-time for the visitors, netting his first league goal for 15 months

‘You always want that, we’re at home and it’s in our hands,’ the caretaker manager added. ‘There’s 90 minutes of work to achieve what we set out to do. We’ll rest up and make sure we’re ready Sunday.

‘The players are used to going to these places where they have to dig. They’ve lived in these moments before. They’re comfortable with being uncomfortable. They showed that tonight. I didn’t think it was going to be a slick game.’

Jackson said Burnley were unfortunate not to be awarded a second penalty when Lucas Digne appeared to handle in the penalty area under pressure from Barnes midway through the second half. 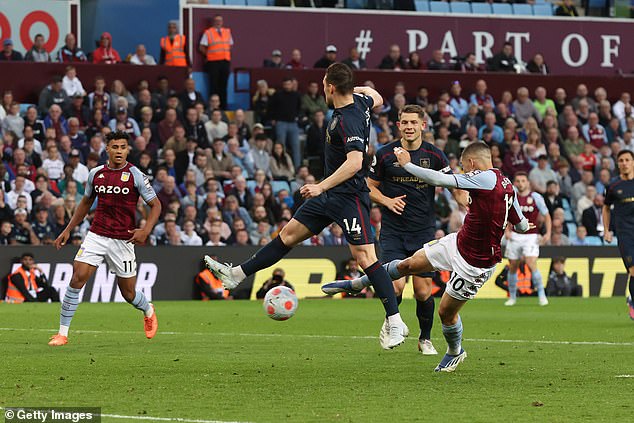 ‘I have seen it just now and it looks unbelievably similar [to the penalty Barnes conceded in the 1-0 defeat to Spurs on Sunday],’ Jackson told Sky Sports.

‘I have not looked at it in great detail but it looks very similar to me. Listen, I will not talk about that because it is gone and I can’t affect that.

‘We had a group of guys who have really gone for it in terms of their work rate and desire to try to achieve something and we’ve given ourselves a good chance.’ 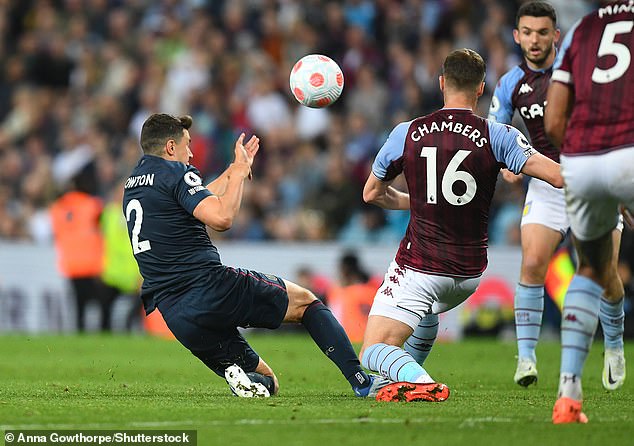 Jackson, who had Matt Lowton sent off in stoppage time, said: ‘I never looked at it as helpless, I looked at it as we needed to get something from this game. You can’t hide away from it.

‘For what the group went through tonight, the spirit and fight they put into it, was amazing. The game wasn’t a silky football match but we knew what we needed to do.

‘It was the least we wanted to come away with, so we’re pleased with that.

‘Nick was amazing. He has been doing that continuously, look at his quality and the way he has been progressing. He is in great form.’