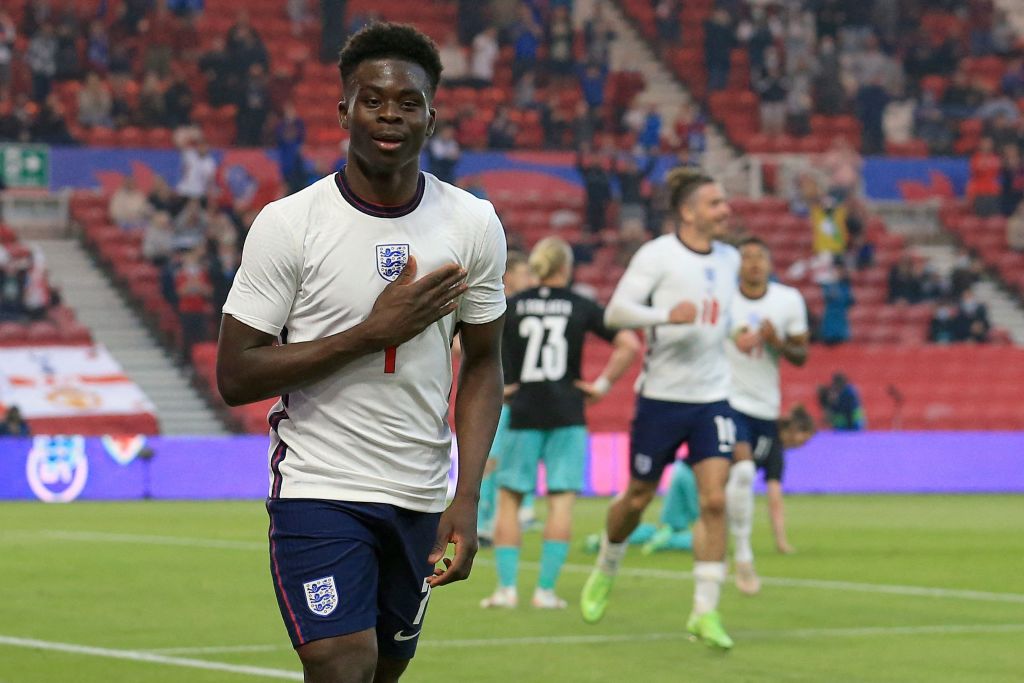 Bukayo Saka scored his first England goal in a 1-0 win over Austria at the Riverside Stadium, Middlesbrough on Wednesday night as the Three Lions continue their Euro 2020 preparations.

It was a steady enough win for England but there will be immense concern over an injury picked up by Trent Alexander-Arnold in the latter stages of the contest as the Liverpool right-back appeared to pick up a thigh problem and limped off.

It was the first of two pre-tournament friendlies for Gareth Southgate’s side, with the second coming against Romania on Sunday at the same venue.

With no Manchester City, Chelsea or Manchester United players available due to recent club commitments, it was a new-look England team, with a youthful and exciting look.

Harry Kane was joined in the front three by Saka and Jesse Lingard, from the start, while Jack Grealish, Jude Bellingham and Declan Rice made up the midfield three.

It was Saka who proved the difference in the 56th minute, finishing off a nice move involving Kane, Lingard and Grealish as he popped up at the back post to slot into an empty net.

The move began from Bellingham winning the ball in midfield, which he did impressively throughout.