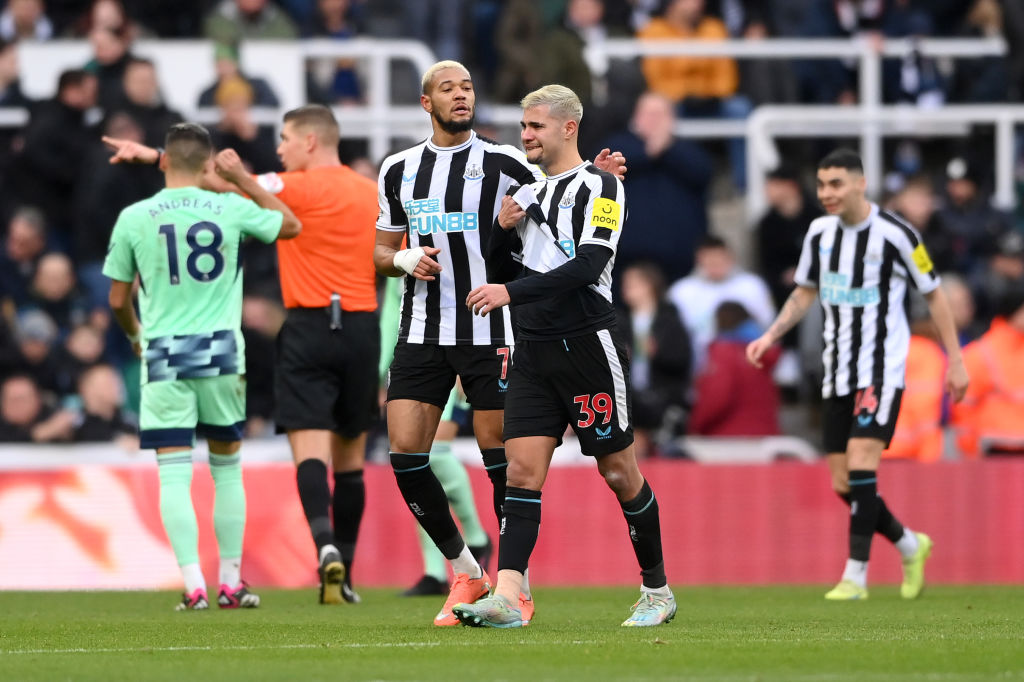 Newcastle United star Bruno Guimaraes was in tears as he headed down the tunnel at half-time against Fulham after suffering an injury in the first half.

The Brazilian made way at the interval for Allan Saint-Maximin after sustaining what appeared to be an ankle injury midway through the first half.

Guimaraes appeared to roll his ankle and needed urgent attention from the physio. The midfielder decided to see out the half but he was in clear pain and couldn’t continue after the break.

As the midfielder headed for the dressing room at half-time, he was in tears and had to be consoled by his team-mates Joelinton and Sean Longstaff.

The Brazil international has been in sensational form for the Magpies this season and has been an influential figure in Eddie Howe’s side, who have lost just once so far this term.

The Magpies were below their best in the first half as they struggled to breakdown a stubborn Fulham side.

Fulham were awarded a penalty midway through the second half but former Newcastle striker Aleksandr Mitrovic slipped during his spotkick and hit his effort with both feet, meaning it was disallowed.