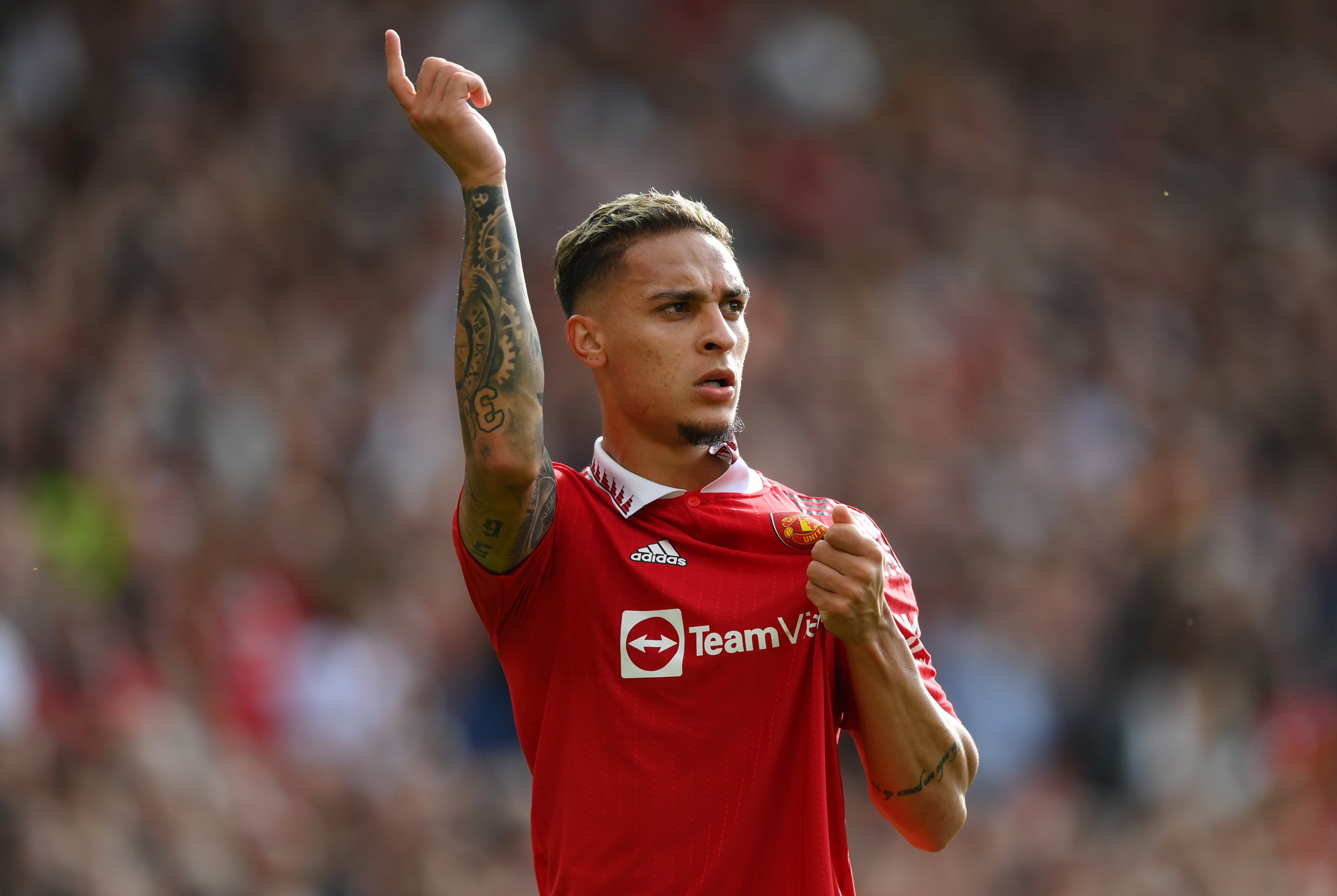 Bruno Fernandes has warned Antony that he will be putting pressure on him to deliver following Manchester United’s 3-1 victory over Arsenal on Sunday.

United’s £85 million summer signing from Ajax got off to the perfect start at Old Trafford as his first-half goal gave Erik ten Hag’s side the lead against the Gunners.

A double from Marcus Rashford helped seal United’s win, while Antony received a standing ovation after he was substituted for Cristiano Ronaldo in the second half

When asked about Antony’s performance against Arsenal, Fernandes told Viaplay: ‘He is amazing.

‘Obviously an amazing feeling for him. I’m really happy for what he did today in the game.

‘He didn’t have many training [sessions] with us, but he was really good.

‘But we expect much more from him, he knows that. Big pressure on him, and we will put even more pressure on him because we know what he is capable of doing.

‘He will adapt to the Premier League and he will be even better.’

In a separate interview with MUTV, Fernandes believes the United showed the ‘fighting spirit’ which was lacking from their displays at the start of the campaign.

‘I thought everyone was compact,’ said Fernandes.