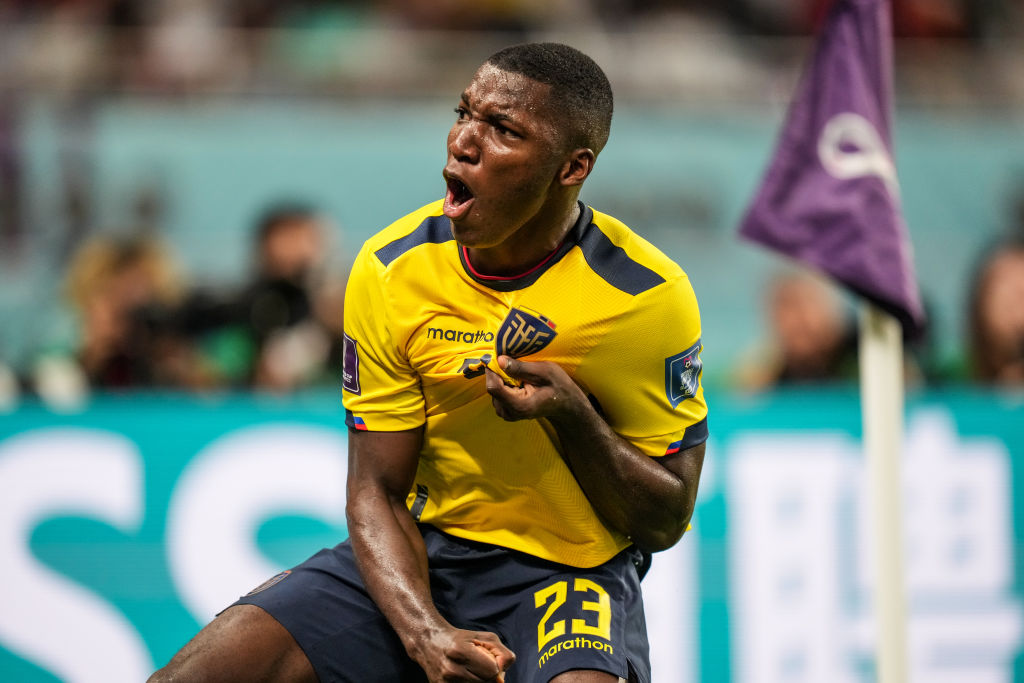 Premier League club Brighton have set a new price for Moises Caicedo amid transfer links to Manchester United and Chelsea.

Caicedo will not come cheap with the Seagulls – who are currently seventh in the Premier League – demanding a record-breaking fee for their star midfielder.

The Ecuador international only moved to Brighton in January 2021 and at the time of writing has made just 25 appearances for the club.

Nevertheless, his impressive performances have caught the eye and as such Brighton are ready to cash in on the 21-year-old, who is under contract until 2025.

It had been thought that Brighton were looking for a £85m fee for Caicedo but new reports in The Sun indicate they would now be happy to accept a £70m bid.

Roberto de Zerbi’s side have made significant profits over the last year or so from selling their best players with Marc Cucurella, Ben White, Yves Bissouma, Dan Burn and Neal Maupay sold for a combined £162m.

Chelsea are viewed as the favourites for Caicedo’s signature, with former Brighton boss Graham Potter now at Stamford Bridge after replacing Thomas Tuchel in September.

Newcastle United are also interested in signing him and with Dan Ashworth now working for the Magpies – the Seagulls’ former technical director and the man who brought Caicedo to the Amex – they also have a chance of landing him.

United are in the running too and are keen to improve their midfield depth – and while Caicedo will not be cheap – he will cost considerably less than Dortmund and England star Jude Bellingham, who is wanted by most top European clubs.

Arsenal have previously been linked with the player but it is understood that they are focusing their attention on landing long-time target Youri Tielemans, who is out of contract at the end of the season.