The Bees finished third in the table for the second successive year and travel to Bournemouth in the first leg of their play-off semi-final on Monday.

Frank guided his side to a Wembley final with Fulham last season before falling to a 2-1 defeat after extra-time.

Now he has the chance to go one better and take Brentford into the Premier League for the first time, using last year’s failure as a catalyst.

“I think it has definitely been the fuel throughout the season and the players have used it brilliantly,” he said when asked if the loss to Fulham can be used to harness positive energy.

“We have spoken about how fantastic our season has been and now it is the cup tournament of the season, it is still a fuel but also an experience that, even if you do everything perfect, you can still lose a match.

“We need to go into the match with that burning desire. Leave everything out there. Be brave. Do what we normally do.

“It is not like an exam where you do well and get your A+ because there a lot of things that can affect it.

“Even if we perform to A+ we are not actually sure we will get the outcome we want but we are ready, we will attack and know we’re going to play against good teams and a good team in Bournemouth who have done fantastic and then it will be down to the fine, fine margins in the second leg.”

It is not only recent history which is against Brentford as they have been unsuccessful in all of their previous nine play-off attempts.

But Frank, who also revealed full-back Rico Henry is in contention following a hamstring injury, will not be letting his players get too caught up in any suggestions of play-off curses.

“I think I read the stats the other day, nine play-offs, four finals and without achieving a win in any of them – that is an amazing stat,” he added.

“I think that is history. For us, it is not going into our head. We know it is the modern world and there is not a voodoo curse over Brentford that we can’t get out of and get a positive result.

“I have no doubt that we have more experience and will be in a better place, will that help us enough to win? Maybe.

“Maybe in the tight moments but there are a lot of other margins that are not about experience but I definitely think we are in a good place going into the semi-finals.” 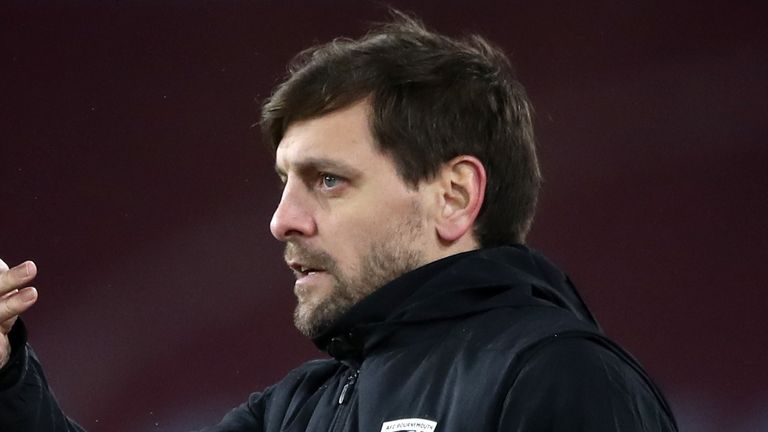 Woodgate: Past heartache could affect Brentford

However, Bournemouth boss Jonathan Woodgate believes previous play-off heartache may still “fester” in the minds of Brentford’s players ahead of the “monster” semi-final showdown.

“I wouldn’t say the ones previous because a lot of the players weren’t there for that but last season will have, definitely,” Woodgate replied when asked if the opposition’s past failures would have had a lasting mental impact.

“For me, they were one of the outstanding teams in the division. Last season they were exceptional and failed at the final hurdle. They’ve been to that final and lost and know what it feels like.

“It can work both ways; they know that feeling when they’ve been beaten in the final, they know how hard it’s been for them. That can fester, that can stay in the minds of players.

“They are the favourites to go up, there’s no question about that.”

Bournemouth are bidding to bounce back to the Premier League at the first time of asking following last year’s relegation, while Brentford are seeking to end a 74-year absence from the top flight.

While Brentford – who host the return game on Saturday – are 12 games unbeaten, Bournemouth ended the regular season with three successive defeats without scoring, a run which began with a 1-0 defeat to the Bees on April 24.

The 41-year-old is unconcerned by the untimely wobble and backing his players to get the job done.

“Sometimes you have a small blip but the players are focused,” he said.

“We know on the big stage the players should be there and I am sure they will be; we’ve got some outstanding individuals talent in that changing room and we all need to turn up and do what we can do.

“I wouldn’t change any of my players for theirs, I love the squad that I’ve got.

“The players have been in these situations before where they play in big games and we have got some really big players in that dressing room who hopefully deliver the goods for us.” 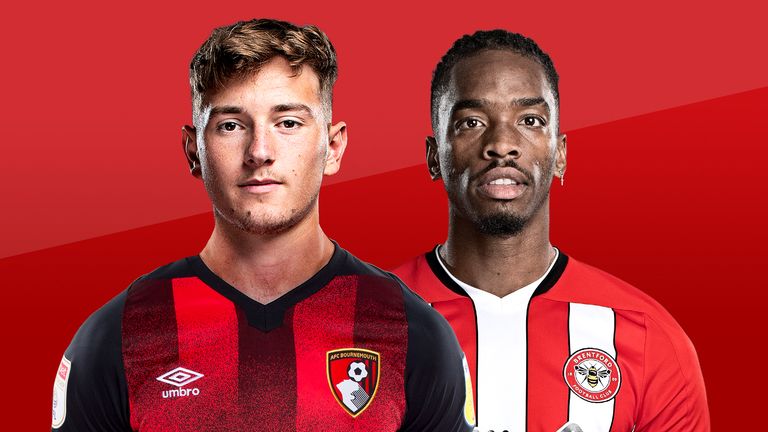 On TV: Live on Sky Sports Football and Main Event from 5.30pm on Monday.

Online: Sky Customers can also watch on Sky Go or the Sky Sports app from 5.30pm.

How to follow: You will be able to follow our live blog from 4.45pm right here across our website and app, where we will have free in-game clips of all the goals and key moments, and free highlights shortly after full-time.