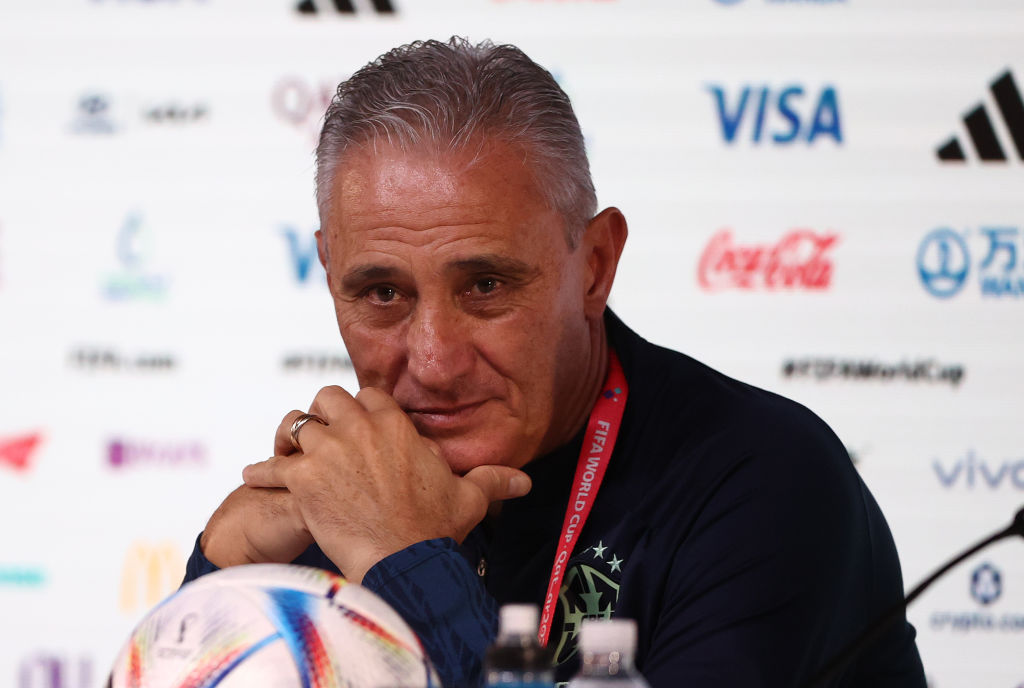 Tite has defended his Brazil players after they were criticised for their dance celebrations at the 2022 World Cup.

Last Monday, Brazil cruised to a 4-1 win over South Korea to set up a quarter-final clash against Croatia on Friday.

The Selecao’s stars celebrated each goal with some stylish dance routines, with the players even getting manager Tite involved after Richarlison had scored the third goal.

Fans have come to expect nothing less from Brazil, whose samba moves, both in terms of football and dance celebrations, are very famous and a common sight at World Cups.

But that didn’t stop Roy Keane and others from expressing their displeasure at the celebrations, with the former Manchester United captain telling ITV: ‘I’ve never seen so much dancing.

I can’t believe what I’m watching, it’s like watching Strictly [Come Dancing]. I don’t like this. People say it’s their culture. I think that’s really disrespecting the opposition.

‘It’s four goals, and they are doing it every time. I don’t mind so much the first jig, it’s the one after that, and the manager getting involved. I’m not happy about it. I don’t think it’s good at all.’

‘I am 61 and these players could almost be my grandsons but I have a connection with them. If I have to dance I will dance, although I will do so subtly and I asked them to hide me. It is not my way.