Report and highlights from the Sky Bet Championship clash between Bournemouth and Middlesbrough at the Vitality Stadium as goals from Philip Billing, Jefferson Lerma and Dominic Solanke seal victory for the Cherries

Philip Billing scored one goal and made another as Bournemouth gave their play-off hopes a boost with a 3-1 win over Jonathan Woodgate’s former club Middlesbrough.

Jefferson Lerma and Dominic Solanke were also on target as the Cherries picked up their second Sky Bet Championship victory in a row.

Duncan Watmore had briefly got Boro back on level terms with a well-taken solo strike to cancel out Billing’s first-half opener but Neil Warnock’s side are now six points adrift of the top six. 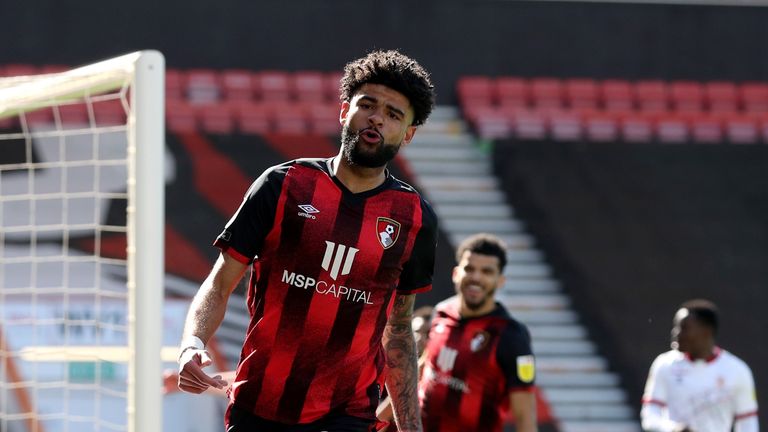 Bournemouth boss Woodgate, facing Boro for the first time since being sacked in June, was boosted by the return of Adam Smith and Junior Stanislas from injury and Lerma after suspension.

Colombian Lerma had the first sight of goal in the sixth minute when he scuffed a shot wide from 20 yards following a quick counter-attack from the home team.

The Cherries took the lead eight minutes later, when Arnaut Danjuma acrobatically hooked the ball forward for Billing to send an unstoppable left-footed volley crashing into the net.

Defender Grant Hall then made a brave block to send Danjuma’s shot behind for a corner after the Holland international had cut in from the left onto his right foot.

Clear chances were in short supply with Sam Morsy once again failing to test Bournemouth goalkeeper Asmir Begovic with a wayward shot from the edge of the penalty area.

The visitors almost equalised in the final seconds of the first half when Marc Bola’s looping header from a Neeskens Kebano cross clipped the top of the crossbar with Begovic beaten.

Boro manager Warnock did not look happy with his side’s performance as he trudged back to the dressing room at half-time but resisted the temptation to make any changes at the break.

Yannick Bolasie put a curling effort high over the crossbar early in the second half before firing well wide from long range soon after.

Bournemouth suffered an injury blow on the hour mark after the returning Stanislas walked off clutching his hip and was replaced by Jack Stacey.

Boro were back on level terms in the 63rd minute courtesy of Watmore’s seventh goal of the season.

Bolasie played the ball into Watmore, who took a lovely deft touch to get it out from under his feet and caressed his shot beyond Begovic from an acute angle.

Boro’s joy lasted just four minutes before Bournemouth retook the lead from Lerma’s deflected shot from just inside the 18-yard box after Billing had crossed from the left.

Solanke sealed the points seven minutes from time, hammering in the rebound after Marcus Bettinelli had found his initial effort too hot to handle.