Bayern Munich have completed the signing of highly-rated French teenager Mathys Tel from Rennes for a reported fee of £25million.

The 17-year-old Tel, who plays as a forward, had a contract with Rennes through 2024.

Bayern did not specify the length of the contract or disclose the transfer fee. Kicker magazine reported the German club was paying 15 million euros up front, with the rest conditional on appearances and achievements. 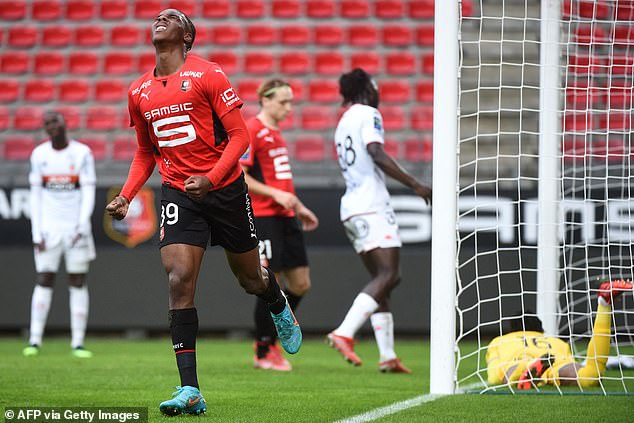 And Bayern coach Julian Nagelsmann was quick to gush over his new arrival on the team’s U.S. tour last week. He said: ‘He’s a very young talented player, he can play in many positions, centre forward, wing forward.

‘I hope he will be comfortable with then group as soon as possible. He may score some goals.’

The Bayern boss said Tel was not a direct replacement for Bundesliga top-scorer Robert Lewandowski, who left for Barcelona in the offseason.

Nagelsmann said: ‘He’s not a one-on-one for Lewy. I think it’s normal when you talk about his age and his appearances in professional soccer.

‘But he could one day be one of the best forwards and that’s our aim, our plan. 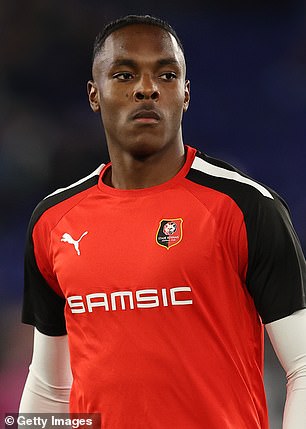 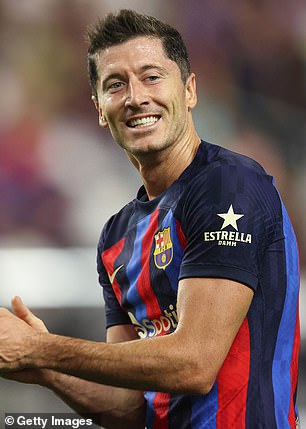 ‘We always try to find good young talented players who could develop into world-class players, and he could be one of these players.’

Tel made 10 appearances for Rennes without scoring. But his performances as a youth player – including winning the European under-17 championship as France captain last month – brought him to the attention of Europe’s biggest clubs.