Barcelona are refusing to shut the door on a potential return for PSG star Lionel Messi next summer. The Argentina international only quit the Nou Camp for the Parc des Princes 12 months ago, having been forced out by the La Liga giants. However, a stunning return could take place next year – in a move that would send shockwaves around world football.

“I did what I had to do in order to put the institution above the best player in our history,” he said. |I have known Messi since he was a kid and I love Leo.

“I feel in moral debt to Messi. He’s the best player in our history and I will do my best in order to ensure he can have the best ending of his career with a Barca shirt on.

“I would like to bring him back. It will not be easy but I think with the correct strategy we could do it.

“I think Messi has been the most important player in our history. During a long period of success he was the leader. He was the one who excited our supporters.

“We will do our best to have Messi ending his career at Barcelona and being applauded by everyone.”

So Express Sport will now take a look at how Barcelona could line up next year if they’re able to bring Messi back.

Plenty has changed at Barcelona in recent years, both on and off the pitch.

But Marc-Andre Ter Stegen remains a constant in the team, with the Germany international Xavi’s undisputed No 1 over in Catalonia.

A couple of weeks ago, it was claimed Ter Stegen could be sold by Barcelona in order to help the La Liga giants balance their finances.

Yet those rumours were wide of the mark and, instead, the former Borussia Monchengladbach star is set to keep hold of the No 1 shirt this season.

One goalkeeper who may leave is Neto, however, who has been linked with Arsenal amid uncertainty over Bernd Leno’s long-term future. 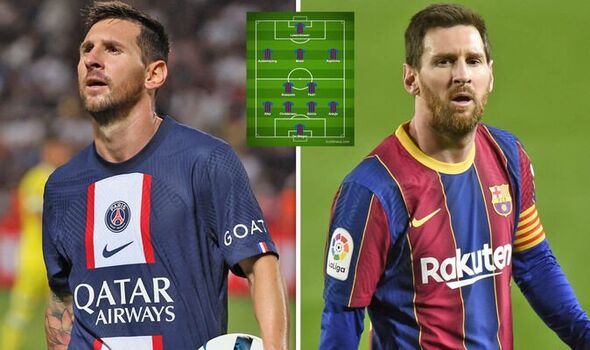 And, after a successful pre-season, it seems like the 23-year-old has broken into the team as Xavi’s first-choice right-back.

At centre-back, the Spaniard is likely to go with Eric Garcia and Andreas Christensen as his ideal pairing.

That means club veteran Gerard Pique spending more time on the bench than he’s previously been accustomed to.

And though Barcelona want Marcos Alonso, the Chelsea star would only be on the bench with Jordi Alba still going strong as he enters the twilight years of his career. 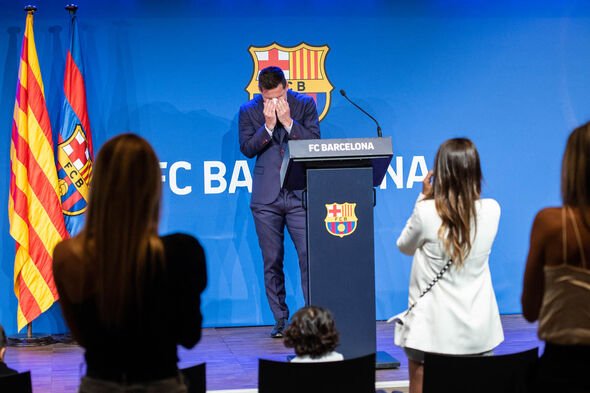 In order to accommodate Messi, it’s possible the Barcelona star will be used in the No 10 position.

Though he spends more time on the wing these days, he’s shown over the years that he can play in that area of the pitch as well.

Messi would be able to create chances for Barcelona’s forwards, while also getting near goal himself to add to his dizzying statistics.

Behind him, offering solidarity, would likely go Pedri and Sergio Busquets.

Pedri is expected to be the future of the club in the coming years, while Busquets is still vital. Frenkie de Jong is expected to leave amid interest from Manchester United, though Franck Kessie is another good recruit. 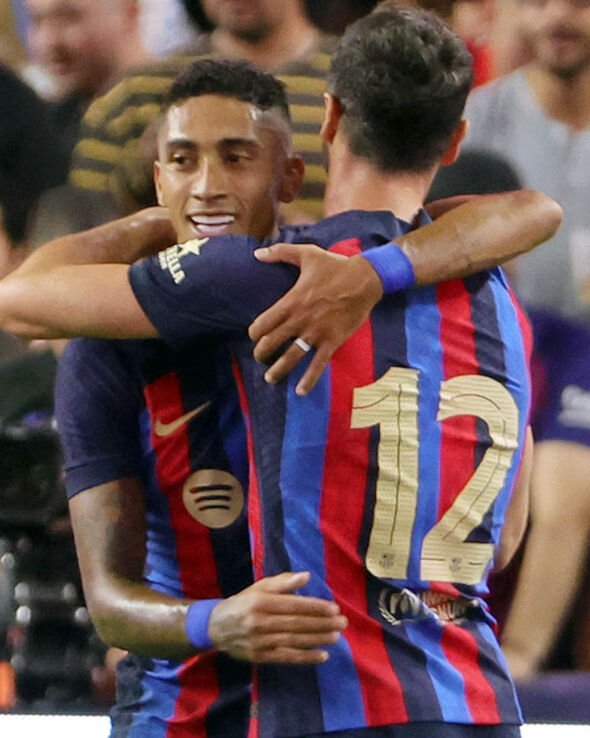 Barcelona have spent big to strengthen their attack in recent months.

They signed Pierre-Emerick Aubameyang from Arsenal in January, with Raphinha and Robert Lewandowski since touching down from Leeds and Bayern Munich respectively.

What a trio that could be.

With Messi behind, they’d all get the service to maximise their goalscoring output.

For Memphis Depay, Ansu Fati and Ousmane Dembele, the trio may all have to settle for a place on the substitutes bench.