Barcelona are reportedly willing to sell ex-Arsenal striker Pierre-Emerick Aubameyang to Chelsea this summer as they look to balance their books. The Catalan giants are in a precarious financial position after being hit hard by the fallout of the COVID-19 pandemic and could be forced to offload big names before the transfer window slams shut at the start of September.

Barcelona endured a miserable first few months of the last campaign following the departure of legendary forward Lionel Messi, who signed for Paris Saint-Germain as the Spaniards looked to cut costs. But their season got back on track after Christmas, with Aubameyang having his contract cancelled at Arsenal in order to move to the Nou Camp.

Aubameyang impressed after moving to Spain and found the back of the net 13 times in 23 matches as his side ultimately finished second in the La Liga table. But Barca shelled out £42.5million to sign prolific goalscorer Robert Lewandowski from Bayern Munich last month. So Aubameyang’s spell as the team’s main forward could well be set to end just seven months after it began.

According to The Mirror, Barcelona could sanction a move to Chelsea for Aubameyang, although manager Xavi doesn’t want the Gabon international to leave. 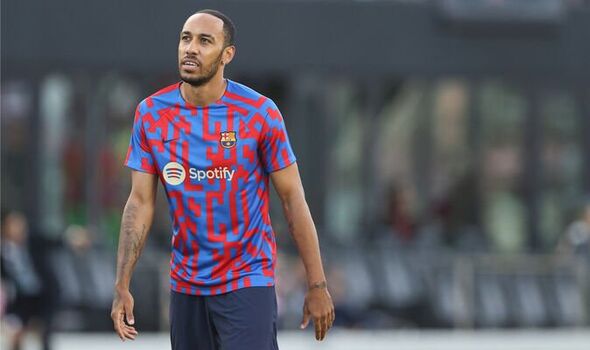 Chelsea signed Raheem Sterling from Manchester City earlier this summer but are keen to strengthen their frontline further after allowing Romelu Lukaku to return to Inter Milan on loan. And Blues boss Thomas Tuchel is familiar with Aubameyang as he managed the player at Borussia Dortmund. But the west Londoners have not pressed the green light on a deal.

Aubameyang played 128 Premier League games for Arsenal after joining the Gunners from Dortmund at the start of 2018. And he racked up an impressive 68 goals and 16 assists in the top-flight during his four-year spell at the Emirates Stadium. 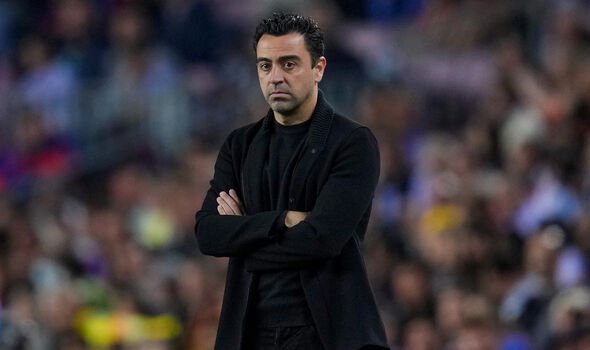 Last month the 33-year-old heaped praise on his current manager in Spain and insisted he was only focused on competing for silverware with Barcelona. “He was one of the best in the world but as a coach he has great vision – he wants Barca to control possession and always look ahead,” Aubameyang said as he spoke about Xavi.

“I am really happy because Barca can compete for trophies with all the great strikers we have. We are motivated to compete for all the trophies and we are putting together a super team.”

Barca are set to get their new La Liga campaign underway next Saturday when they host Rayo Vallecano at the Nou Camp.