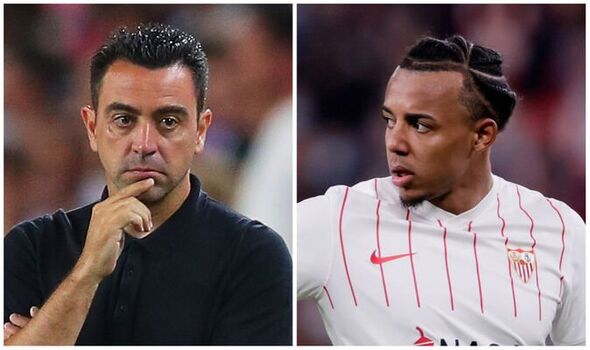 Barcelona will reportedly turn their attention to Athletic Bilbao centre-back Inigo Martinez once they have wrapped up a deal to sign Jules Kounde from Sevilla. With the completion of Kounde’s transfer ‘a matter of hours’ away, the cash-strapped Catalan club will look to capture Martinez as his central defensive partner, despite his £67million release clause.

Having activated a second financial lever in order to help rebalance the club’s books, Barcelona are edging ever closer to stealing Kounde from under Chelsea’s noses. The Blaugrana are thought to have reached an agreement with Sevilla for the French defender, which will see them pay an initial fee in the region of £42m, plus a further £8.4m in add-ons – a package inferior to the one proposed by Thomas Tuchel’s Blues.

The 23-year-old is set to become Barca’s fifth signing of the summer despite their financial constraints, following Andreas Christensen, Franck Kessie, Raphinha and Robert Lewandowski through the Nou Camp doors. Though the La Liga giants remain locked in talks with Frenkie de Jong over resolving the issue of his unpaid wages, it seems Xavi hasn’t finished his transfer business this summer.

According to Sport, in addition to Kounde, Barcelona are eyeing Athletic’s Martinez as another potential defensive reinforcement in the current window. That’s despite the fact his current contract contains a release clause worth a whopping £67m.

The Spanish outlet claim Xavi has discussed the prospect of also adding Martinez to his squad this summer with Barcalona’s board, while the player, who has just one year remaining on his current deal, is keen to join the Blaugrana. Despite the opportunity to sign the 31-year-old on a free transfer next year, Xavi is said to be eager to add the defender to his squad in the current window.

As for Martinez, the 19-time Spain international has rejected Athletic’s efforts to tie him down to a new deal. The centre-back is also understood to have requested that the Basque outfit negotiate a deal with Barcelona ‘at a reasonable price’ in order to conclude a transfer this summer. 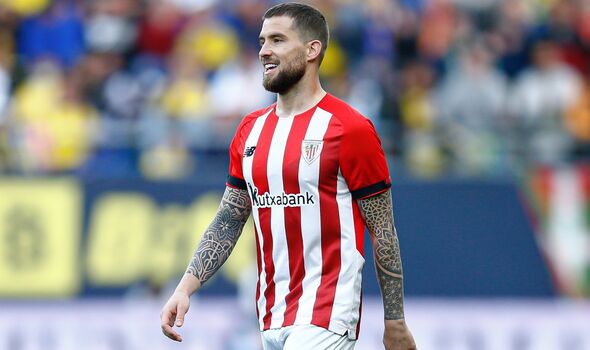 Xavi is understood to be eager to acquire Martinez in the current window as he will provide Barcelona with a left-footed option at centre-back. The Barca boss reportedly intends to set up in a variety of systems next season, including a 3-4-3, which would likely see Martinez line-up on the left of a defensive three alongside Kounde and Ronald Araujo.

Christensen, who joined from Chelsea on a free transfer earlier in the summer, and former Manchester City defender Eric Garcia will provide two further options at Xavi’s disposal. Gerard Pique remains an alternative, though Barca are understood to harbour fears over the 35-year-old’s form and fitness.