‘He’s a legend!’: Gareth Bale is hailed as ‘amazing’ after his penalty rescued a point for Wales against USA… despite Sportsmail’s writers admitting he was ‘rubbish’ for the first 80 minutes of the match in their daily WORLD CUP CONFIDENTIAL

Gareth Bale stepped up again when he was most needed to rescue a point for Wales against USA on Monday in their first World Cup match for 64 years.

Wales appeared to be heading for defeat after Timothy Weah gave USA a deserved lead before half time, but Rob Page’s side fought back, and Bale won a late penalty and then converted it to earn his side a draw.

Sportsmail’s Ian Herbert has admitted that Bale was anonymous for most of the game, and looked like he might be replaced at one stage, but he produced the goods at a crucial point in the match to keep his side in the hunt to qualify from Group B. 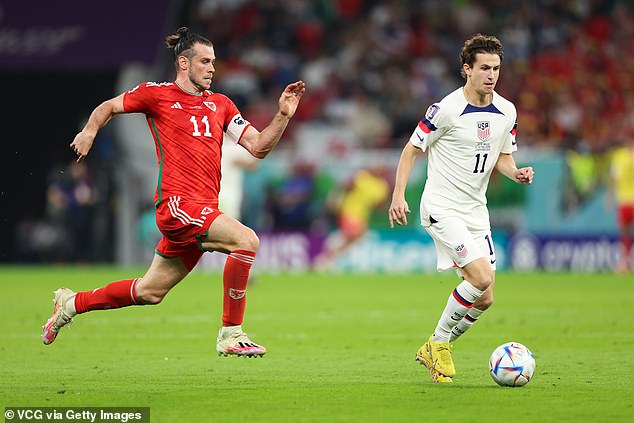 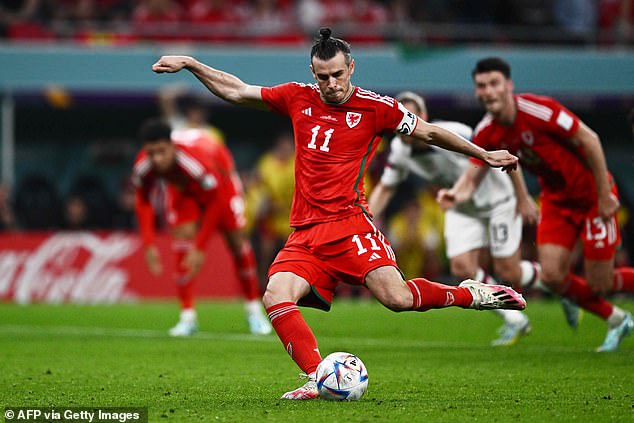 He delivered when it mattered most, though, converting a late penalty for his country 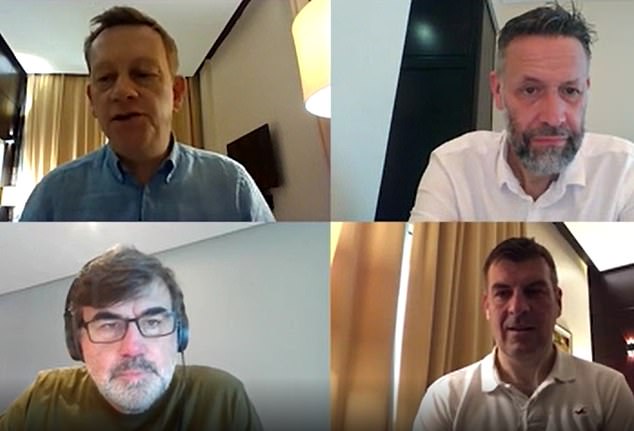 Daily Mail sports writer Ian Herbert was speaking as part of Sportsmail and MailPlus’s daily videocast ‘World Cup Confidential’. It appears on MailOnline every morning of the tournament and can be found on our YouTube channel.’

‘Gareth Bale was out of the game, he was nowhere. Rob Page, the Wales manager, asked him after 70 minutes “did he want to come off?”

‘He was rubbish, Wales were absolutely lamentable. The first half was one of the worst 45 minutes of Welsh football I’ve seen for a long time, but he’s got that ability, it only take two minutes.

‘They brought Kieffer Moore on after half time, man of the match for me, not Gareth Bale. He made a massive difference, holding up play, bringing on through the full-backs, willing runners. Bale and Ramsey, better positioning.

‘Bale wins a penalty, Bale converts the penalty, and Wales are still in the World Cup. Because I think defeat in that critical game, it could have been all over.

‘Amazing, Bale astonishing. Despite what I wrote after 80 minutes, he’s a legend.’ 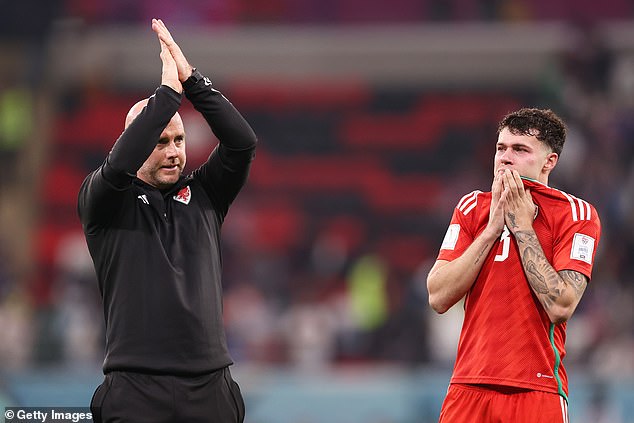 Rob Page (L) asked Bale if he wanted to come off, but will have been happy he kept him on 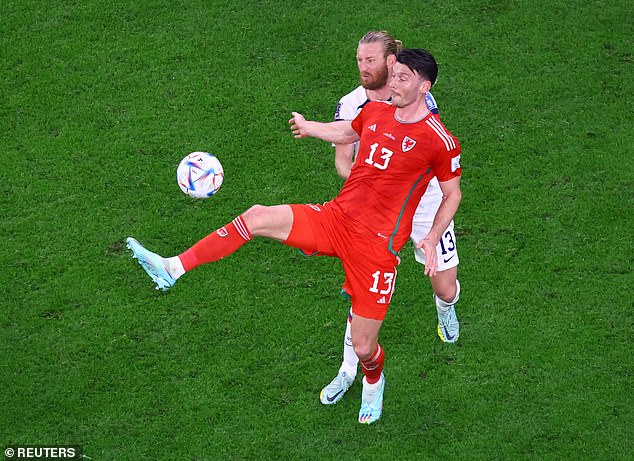 Wales and USA are now level on one point each following their stalemate, while England top the group after thrashing Iran 6-2 on Monday afternoon.

Wales face Iran next, and Sportsmail’s Dominic King believes they have every chance of winning that game to set up a showdown with England that could potentially decide the group winners.

‘I think it could absolutely come to pass,’ King said, when asked about whether Wales’ clash with England could settle top spot.

‘I’d expect Wales to win (against Iran), purely because of the momentum that they’ve got from last night.

‘Watching it from afar, there was a place showing it just around the corner from our hotel, and it was a lamentable first half, couldn’t get out of their area, and then second half was tremendous.’