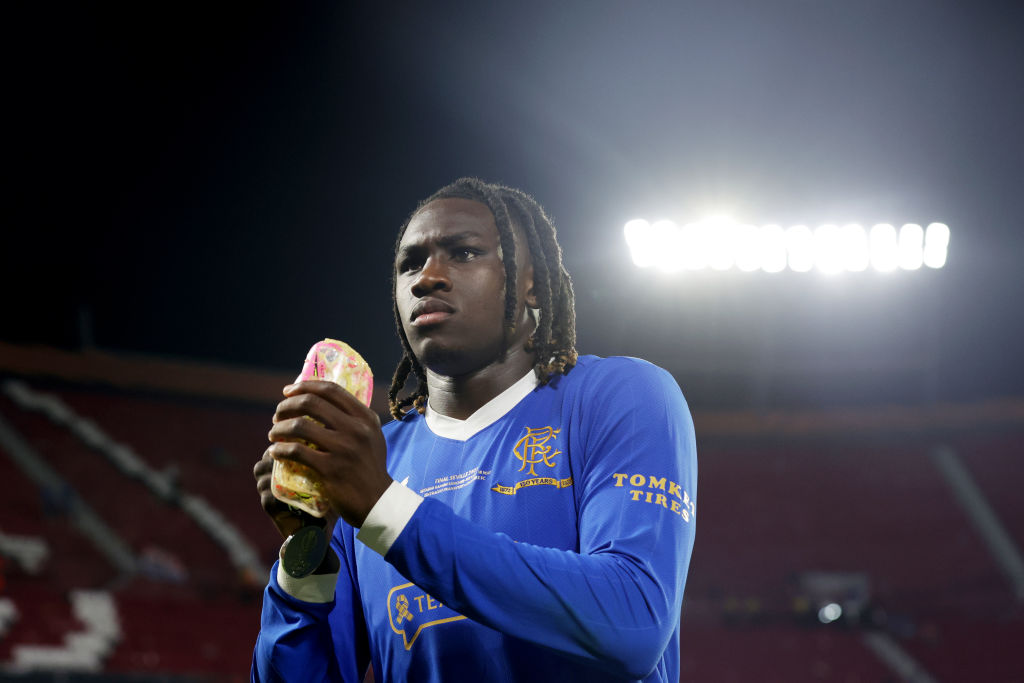 After 120 minutes of football with the score tied at 1-1, a penalty shoot-out decided a tense final in Seville with Aaron Ramsey missing the decisive spot kick that handed the trophy to the Bundesliga side.

Rangers took the lead through Joe Aribo in the second-half and perhaps had the better of the chances to seal the win before the penalty shoot-out.

Frankfurt also pushed hard for a winner however with 22-year-old Bassey making a number of superb recovery challenges to thwart the opposition while being a dominant force in aerial challenges all evening.

Former Manchester United and England midfielder Hargreaves hailed the performance of the Nigeria international, insisting he is the sort of player any teammate, manager or supporter would want in their team.

‘That was astonishing, the energy and effort. Everything about his game was fantastic.

‘Anyone watching that will be thinking: ‘That’s the kind of player I want in my team’.

‘I’m devastated and proud of every one of the lads in the dressing room, especially with what they have given us throughout this run,’ Rangers captain James Tavernier said.

‘It really hurts to lose on penalties.

‘We went toe to toe with them and we took the lead and then to conceded a goal like that.

‘The keeper made a great save from Ryan Kent and then made a penalty save.

‘Now we have a big game again on Saturday and we have to give ourselves a lift for the cup final. And I’m sure we’ll be ready for it.’