Arsenal’s hunt for an attacking midfielder seems to have dragged on for multiple transfer windows. The vacancy was filled for many years by assist-merchant Mesut Ozil, before Martin Odegaard was drafted in from Real Madrid to temporarily provide a creative spark last season. Now, Houssem Aouar appears to be the chosen one, but the Gunners may need to act quickly.

With classy players of Ozil and Odegaard’s calibre departing north London in recent months, a new creative presence is absolutely necessary for Mikel Arteta’s side.

Ozil was a crucial player for the Gunners after joining in 2013, quickly becoming a fan favourite due to his ability to spot a pass which nobody else in the stadium could.

However, things got ugly towards the end of his spell when he was completely frozen out of the first-team by Arteta.

That left Arsenal in need of creative quality in attacking areas to supply their front-men.

In what looked like an exciting move, they called on much-hyped youngster Odegaard from Los Blancos, no less, to fill Ozil’s boots.

Although the Norwegian looked lively, he did not exactly turn the Emirates upside down with his displays, and he was eventually called back by Carlo Ancelotti at Madrid.

In truth, bringing in a creator on loan was only ever a sticking plaster on a long-term issue for Arteta.

This summer, one of transfer chief Edu’s top priorities is to solve that problem on a permanent basis.

A name which seems to arise time and again when it comes to Arsenal is Houssem Aouar.

After a mildly disappointing season which seems to have lowered his value to an attainable level, combined with a supposed desire to leave Lyon, it seemed as though the stars were aligning for the Frenchman’s switch to the Gunners.

However, local rivals Tottenham now appear to be handing Aouar an alternative destination.

Neither side have made concrete moves to sign the tricky midfielder as yet, but it is believed that a bid as low as £25million would be enough to tempt Lyon into selling.

With Spurs interested, the player available at a reasonable price and Arsenal in need of a long-term attacking-midfield solution, now may be the time for those concrete moves to be made.

Do you want an exclusive pre-season preview for YOUR club – both in your inbox and through your letterbox? Head over here to find out more and secure your copy.

The player’s preference is reportedly to play Champions League football next season, granting extra urgency for Arsenal to swoop in before a qualified club tests Lyon’s resolve.

When it comes to alternatives, James Maddison has been mentioned and he is proven at Premier League level, but he would cost a hell of a lot more than Aouar and it would presumably be tricky to prise him away from a top four rival.

Albert Sami-Lokonga was recently announced as an official arrival at the Emirates, while the club are also pushing hard to sign Manuel Locatelli.

Arsenal have another deal in front of them which makes perfect sense, therefore Edu should channel similar effort towards obtaining Aouar before the opportunity slips away. 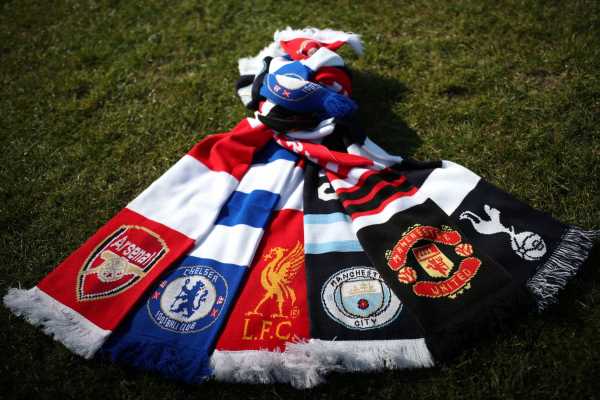