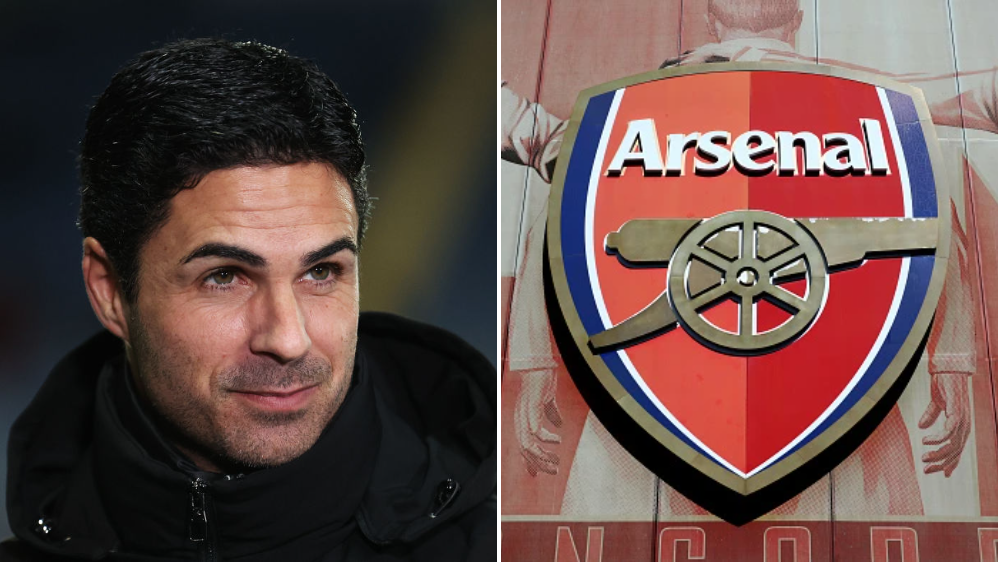 Arsenal have been urged to sign former Chelsea striker Tammy Abraham as well as Ukraine international Mykhailo Mudryk this month.

The Gunners are ready to back Mikel Arteta in the transfer market as the 40-year-old looks to steer Arsenal to a first league title since 2004.

Arteta is especially keen to bolster his attacking options after losing star striker Gabriel Jesus for up to three months with a knee injury.

Arsenal have made Shakhtar Donetsk forward Mudryk their top January target and are believed to be ahead of London rivals Chelsea in the race to sign the 22-year-old.

Ex-Gunners striker Kevin Campbell believes Mudryk will be a ‘really good addition’ for Arsenal but says his former club should look to sign another forward before the deadline closes and sign Abraham.

‘Gabriel Jesus has obviously been out injured but Eddie Nketiah has come in and done a really good job,’ Campbell told Sky Sports.

‘That being said, it’s still firepower that Arsenal lack. You look at their bench and it’s great to see Emile Smith Rowe come back, but it’s not enough.

‘Mykhailo Mudryk will be a really good addition but I still think they need another striker. Rumour has it that they were interested in Tammy Abraham, I think that would be a good option as well.

‘With him they can mix and match and play different players throughout the season because there’s a lot of games to come.’

Arsenal chief executive Vinai Venkatesham vowed to back Arteta in the transfer market earlier this week but refused to comment on the club’s pursuit of Mudryk.

‘We’ve got a very clear plan, headed up by Edu, in terms of what we want to do to strengthen the squad,’ Venkatesham told Sky Sports. ‘Every transfer window of course, we’re going to look to see what opportunities are out there.

‘If something makes sense from a technical perspective and a financial perspective, of course we’ll look at it but we’re happy with the squad that we’ve got.

‘We’ll have a look around like we do in every transfer window but we’ve got a long-term plan.’

Asked if Arsenal were any closer to signing Mudryk, Venkatesham added: ‘You know the answer I’m going to give you. We’re not going to talk about specific players.’