Arsenal are hoping to get the better of Liverpool and Manchester United in their pursuit of Wolves midfielder Ruben Neves, who reportedly rejected a move to Old Trafford over the summer. The Portugal international has been linked with a move away from Molineux regularly, with his performances earning him plenty of suitors.

Neves has worn the captain’s armband for Wolves this season, having decided against leaving in favour of repaying the club for the opportunities they have given him. The 25-year-old has scored once so far this season, with his ability to dictate the tempo of a match and his wide range of passing impressing.

Neves’ contract with Wolves expires in 2024 and fears are growing that he may not pen a new deal at the club and thus his value will decrease as a result. According to Diario Sport, Bruno Lage is set to bring the midfielder’s asking price down from £55million to £40m – knowing that Arsenal and Barcelona are both interested.

With Sergio Busquets set to leave the Camp Nou at the end of the season, most likely for a move to the MLS, attention at Barca has turned to finding a long-term replacement. Neves has been a top target for several campaigns, though they will now have to fend off interest from Arsenal to secure his signature. 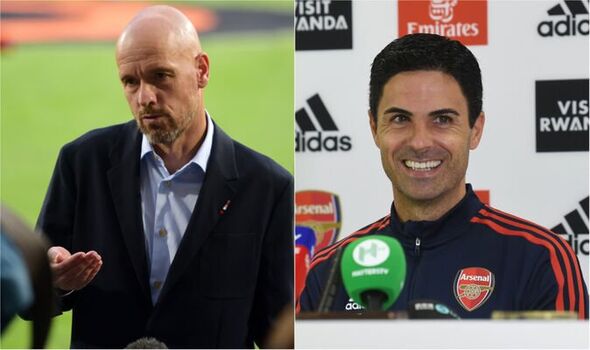 Mikel Arteta, once more, is eying up reinforcements in the centre of the park to provide competition for Thomas Partey and Granit Xhaka. Albert Sambi Lokonga has impressed as cover for the pair, though whether he is ready to start regularly remains an unknown – with Oleksandr Zinchenko featuring predominantly in left-back so far this season.

If the Gunners are able to secure the signature of Neves then it will certainly rub salt into the wounds of United, who have been desperate to sign the former Porto star for years. According to Sport, the midfielder turned away their approach for the player over the summer, showing ‘little willingness’ to make the move to Old Trafford, with Liverpool also being snubbed prior to signing Arthur Melo on loan. 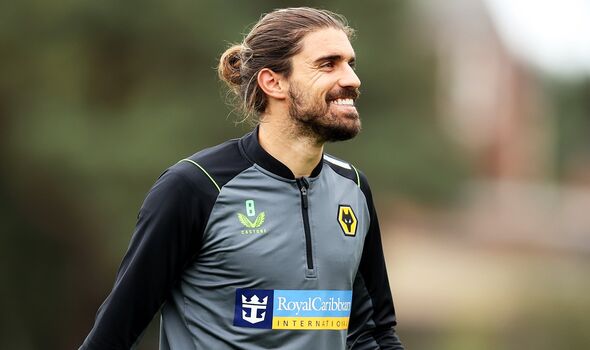 The report goes on to state that Neves is very keen to join Barca, which could throw a spanner in the works for Arteta – and potentially lead the Spaniard to target Leicester City star Youri Tielemans once more. Speaking last month about the transfer window, Neves spoke about him snubbing a move to an unnamed club, saying: “It’s football, you never know what will happen in football. At that time almost everything was ready for me to go, but this is football and you can see I am completely focused on being here.

“What I am doing and what the team is doing since the start of the season means that I am 100% focused on here. I want to keep going and have another great season here. I am really happy here, like I always say. After the last game last season, I said that we have a short career to follow our dreams, but everyone knows I’m really happy here as well. There’s no secrets with that. I had a chance to go, I didn’t go and I stayed, and I will give 200% for this club because they have given me a lot.”