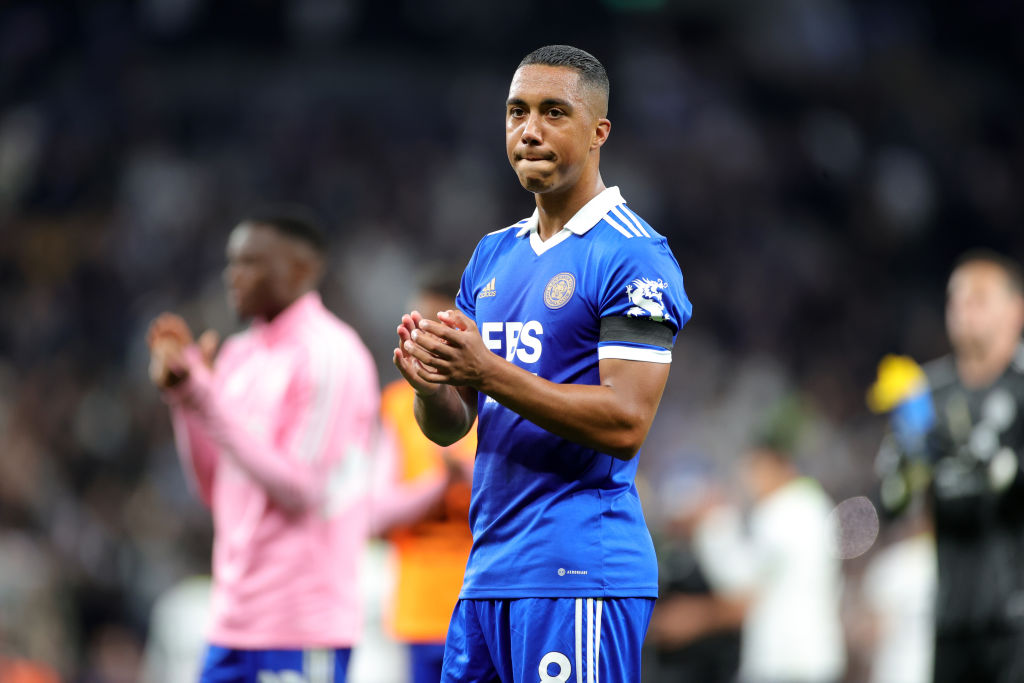 Youri Tielemans says he does not regret not leaving Leicester despite the club’s winless start to the season.

The highly-rated midfielder was the subject of much transfer speculation over the summer, with Arsenal heavily linked with acquiring the player who now has less than a year left on his contract.

However, no move materialised with the Gunners instead opting to sign Oleksandr Zinchenko from Manchester City and Fabio Vieira from Porto instead.

And based off how this season has begun, it appears that their gain is Tielemans’ loss, with Arsenal top of the Premier League with 18 points from seven games, while Leicester are bottom with just one point.

They are the only team in the league yet to win this campaign, and have been on the end of several heavy defeats, including 4-2 at Arsenal, 5-2 at Brighton and 6-2 at Tottenham just last Saturday.

Yet Tielemans has claimed that he is happy to have stayed at the King Power and even hinted that he could yet sign a new deal with the club, despite have reportedly rejected new terms in the summer.

‘I’m not going to speak too much about my contract situation at the moment,’ the 25-year-old said at a Belgium press conference while on international duty.

‘My family is very happy there [in Leicester] and that’s important. I didn’t leave in the summer as I always said the project had to be the right one.

‘Just because things are getting worse now at Leicester doesn’t mean I should regret [staying].

‘Whether you are in your last contract year or not, it’s also not the case that I talk to the club every day about my extension or not. That’s work for my agent.

‘In the end I will decide. There was talk of different clubs, but I won’t go into that.’

Since moving to Leicester in 2019 in a deal worth £40.5million, Tielemans has made 50 goal contributions in 166 games, helping the Foxes win the 2021 FA Cup and nearly qualify for the Champions League twice.

Over the summer, it was said that Brendan Rodgers and co. wanted £25m for the Belgian, but if he fails to agree new terms, that price will be even lower come January when Arsenal and others may come sniffing again.