Real Valladolid right-back Ivan Fresneda missed training at the Spanish club on Wednesday amid interest from both Arsenal and Borussia Dortmund.

The 18-year-old is set to make a decision on his future today, after Mikel Arteta’s club matched Dortmund’s £13m offer.

According to Spanish outlet, MARCA, Fresneda was ‘absent with discomfort’ from training at the club’s training base in the country’s north-west. 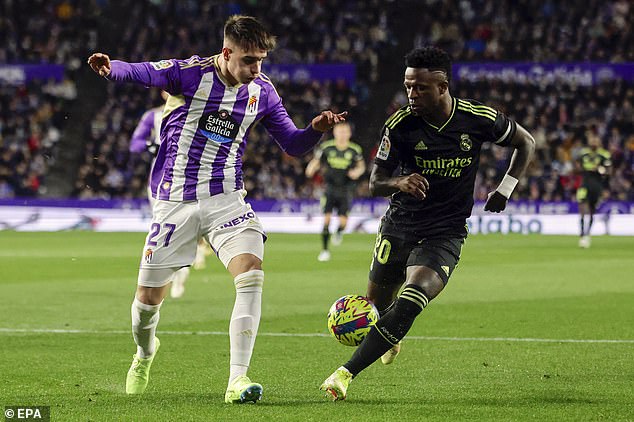 Earlier Wednesday, it was announced Arsenal had let Cedric Soares out on loan to Fulham, allowing space for Fresneda to potentially slot in.

Sportsmail revealed yesterday Arsenal had equalled Dortmund’s offer for Real Valladolid with the 18-year-old to be loaned back for the season regardless of who he chooses.

Dortmund believe they hold an edge with the career pathway they can promise the teenager. 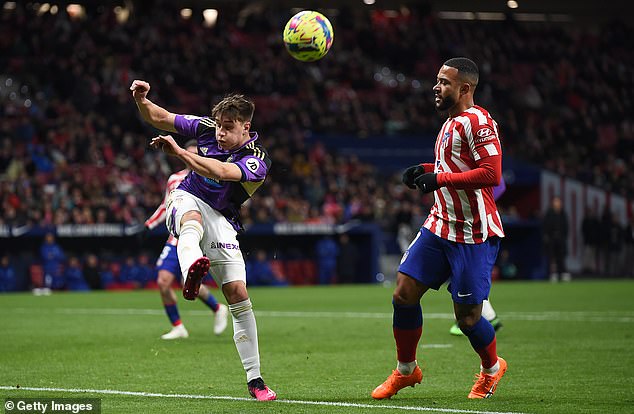 Impressing for Valladolid so far this season, Fresneda has become a regular fixture in Jose Rojo Martin’s side since September, chalking up 12 appearances across all competitions.

The right-back suffered a minor hamstring injury in October, which saw him miss LaLiga clashes against Espanyol, Celta Vigo and Real Sociedad.

He has also appeared for Spain’s U18 and U19 teams, and has four caps for the latter. 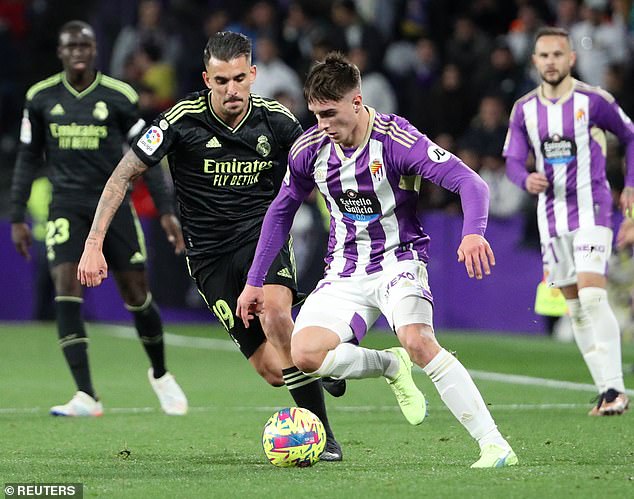