Arsenal are eyeing defensive enforcer Guido Rodriguez as they look to create a dominating midfield partnership with Thomas Partey… the Real Betis star’s combative nature has caught the eye in LaLiga, but will the Gunners REALLY fork out £68m for him?

And one player he has an early eye on is Real Betis midfielder Guido Rodriguez, with reports from Mundo Deportivo claiming Arsenal are looking to activate his £68million release clause this summer.

It would be an audacious move by the Gunners considering they already have combative midfielder Thomas Partey in their ranks after signing him for £45m from Atletico Madrid last summer.

But here, Sportsmail takes a closer at the 26-year-old Argentine, who has certainly caught the eye in LaLiga this season. 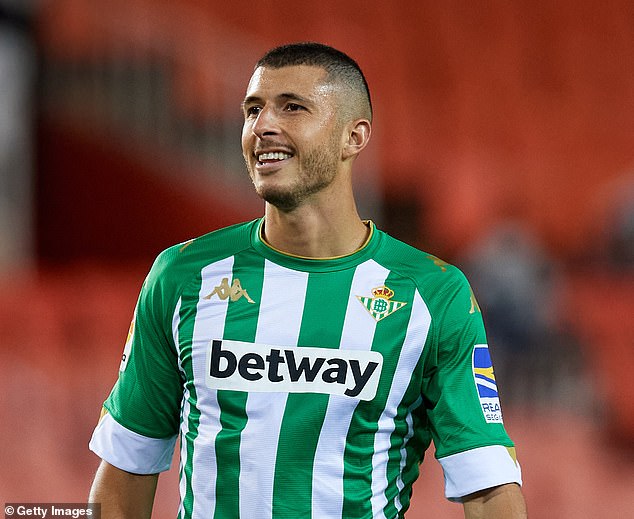 WHAT IS HIS BACKGROUND?

Rodriguez, who was born in the town of Saenz Pena on the outskirts of Buenos Aires, started his football journey with Argentine giants River Plate as a youngster.

But after finding game time hard to come by and going out on loan to Defensa y Justicia to try and change that, Rodriguez opted for pastures new and joined Mexican outfit Club Tijuana in 2016 before signing for Club America a year later.

It was a bold move for Rodriguez to leave his country of birth in search for regular football, but it paid off as he was named Mexican Player of the Year in 2019 as Club America lifted the title.

His impressive displays in the heart of midfield quickly caught the attention of Real Betis, who ended up signing him for just £2.7m in January 2020.

It took him very little time to adapt to Spanish football, and he quickly became an ever-present in midfield for Betis, who sit sixth in LaLiga following a fine campaign. 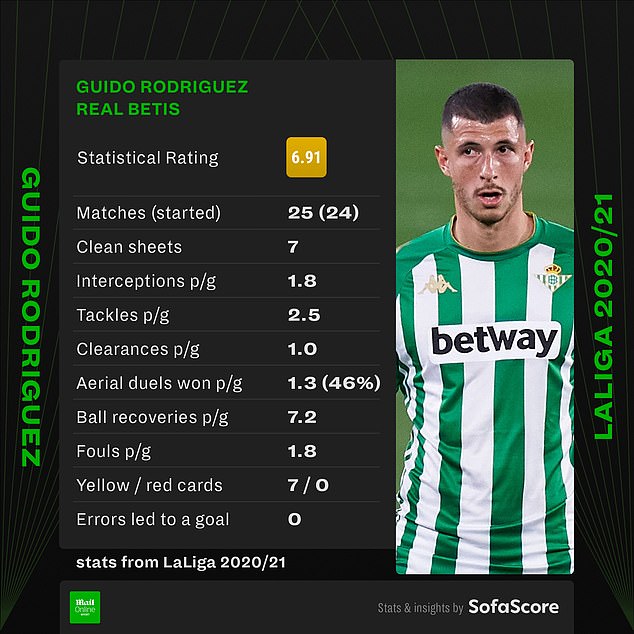 Rodriguez’s stats for Real Betis in LaLiga this season – courtsey of sofascore.com

WHAT CAN ARSENAL FANS EXPECT?

Rodriguez has become an influential figure for Betis since signing in 2020, playing 39 times in all competitions – missing just eight matches during that spell.

And it’s Rodriguez’s presence at the base of the midfield that is helping Betis thrive this campaign, with his aggressive nature making him a nightmare for the opposition to get past.

Rodriguez is a monster at winning the ball back for his team-mates, averaging 2.5 tackles per game in LaLiga this season – which is more than Partey at Arsenal.

Furthermore, the midfielder is making 1.8 interceptions per match which is currently more than any player in Arteta’s squad, while he has a ratio of 7.2 ball recoveries per match.

Rodriguez likes to recycle possession and help progress the ball further up the pitch, which means he doesn’t threaten too often in attack.

And it’s his hard-working, combative nature that has seen him earn recognition from Argentina – having won 10 caps, most of which have come in friendlies so far. 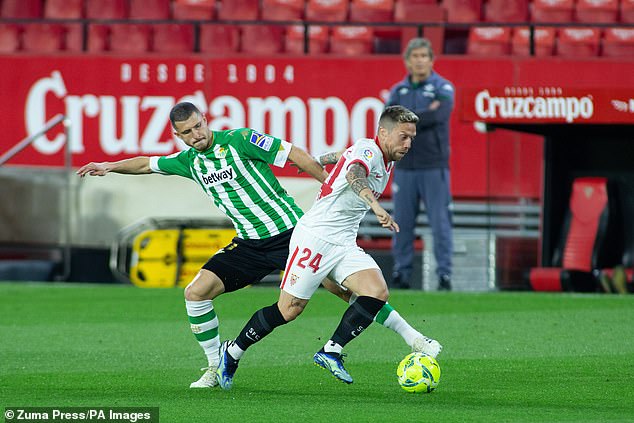 DOES HE HAVE ANY WEAKNESSES?

But Rodriguez’s in-the-face nature means his discipline isn’t the greatest – he makes 1.8 fouls per match in LaLiga.

This is more than Granit Xhaka, who has come in for criticism in the past for his hot-headedness.

Rodriguez has seven yellow cards this term – and with discipline one of Arsenal’s biggest weaknesses in what has been a rollercoaster of a season – Arteta would be looking for him to work on that.

But to his credit, Rodriguez appears clever at walking the line and has yet to be sent off since moving to Spain.

And as mentioned already, he doesn’t weigh in with too many goals, but that wouldn’t be a big worry for the Gunners.

The 26-year-old has only one to his name this season – which was a deflected strike against Cadiz back in December. 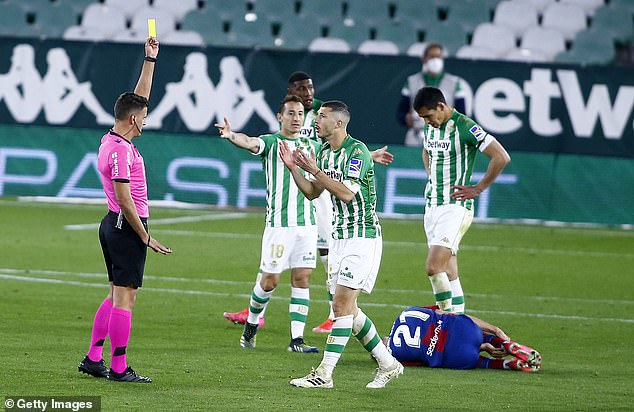 AND DO ARSENAL REALLY NEED HIM?

Considering Arsenal only recently signed Partey, it may seem far-fetched that they need defensive midfielder Rodriguez too.

The pair are quite similar in terms of winning the ball back and getting their side on the attack, but perhaps this could be to Arsenal and Arteta’s advantage going forward.

While Partey has been frustrated by injuries since moving to Arsenal, something he didn’t have to deal with at Atletico Madrid, he has still impressed and offers that dominating presence in the middle of the park.

Partey’s ability to snuff out danger, stride past players with ease and his capacity to unlock the opposition with passes through their midfield has helped re-galvanise Arsenal’s attack.

Add in the presence of Rodriguez, who would be a second imposing figure in the middle of the pitch, and the Gunners really could dominate most midfields in the Premier League. 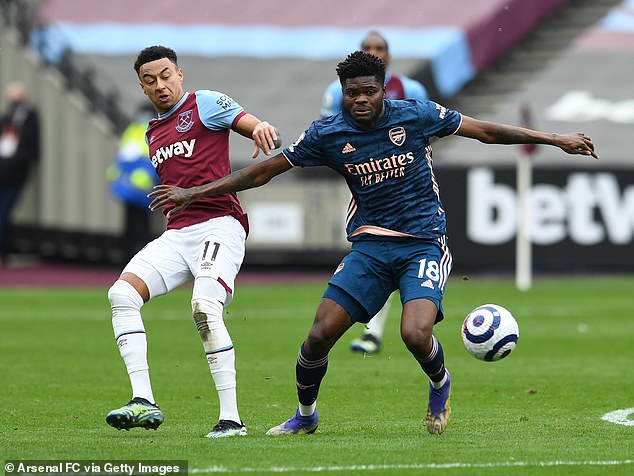 Thomas Partey arrived for £45million last summer, so a deal may for Rodriguez may be unlikely

IS ARTETA ENVISIONING HIS DREAM SCENARIO?

This dominant presence in central midfield would provide the perfect platform for Arteta to get the very best out of his attack.

If Rodriguez and Partey can do the job further back, then it gives Pierre-Emerick Aubameyang and Co the freedom to strut their stuff going forward.

Add in Martin Odegaard to the equation and the pieces are in place for what could lead to something very exciting at the Emirates.

But what may be Arteta’s dream also looks a massive ask.

First and foremost, Arsenal face a huge job to keep Odegaard in north London after his loan expires – with any potential further deal hinging on the future of Zinedine Zidane and how much Real Madrid would be willing to accept for the midfielder.

Secondly, will Arsenal really stump up Betis’ release clause of £68m for Rodriguez – whose contract doesn’t expire until the summer of 2024?

Unless they really put a run of form together or win the Europa League, Arsenal look set to miss out altogether on European football next season which would significantly affect their income.

Going off the current situation, a big-money deal for Rodriguez doesn’t appear too likely. But it’s certainly one to watch out for. 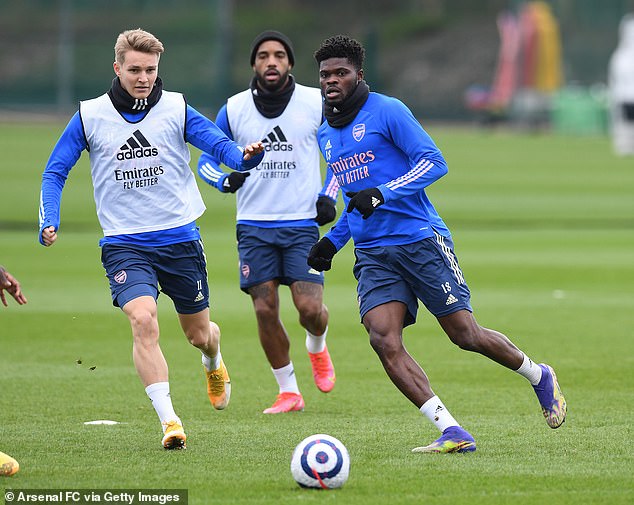