Arsenal’s new boy Albert Sambi Lokonga is ‘a natural leader’, claims Anderlecht chief Peter Verbeke as he tips the £17m midfielder to shine in the Premier League and adapt quickly like Romelu Lukaku and Youri Tielemans

Arsenal have a ‘natural leader’ in their squad after snapping up Albert Sambi Lokonga from Anderlecht, according to the Belgian club’s sporting director.

The Gunners made their second signing of the summer after splashing out £17m on the defensive midfielder, who was captain of Anderlecht in the last campaign, following on from full back Nuno Tavares.

Head coach Mikel Arteta is hoping to overhaul his squad to ensure the team are competing for a top four spot once again, and Peter Verbeke – who sanctioned Lokonga’s move to the Emirates – insists Arsenal have one of their ‘top talents’ who leads by example. 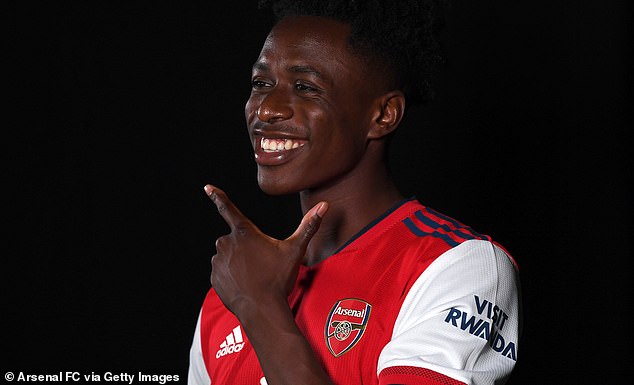 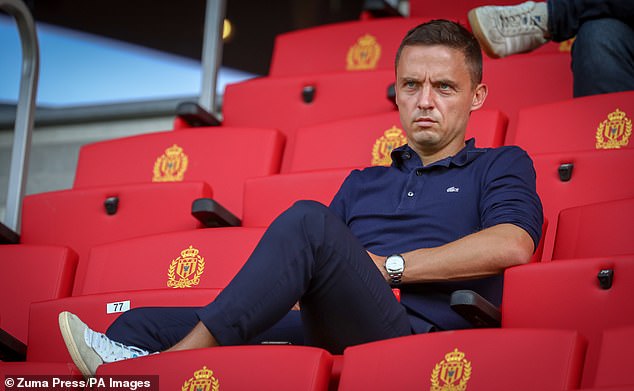 ‘Sambi of course is a very good player,’ he told Sky Sports News.

‘He is one of the top talents coming from our academy. He can play as a defensive midfield player, he can also play as a box-to-box player. Especially in the last two seasons at the club, he has developed really well.

‘Sambi is someone who is good on the ball. His technical ability in tight spaces is really good, good short and long passing.

‘Sambi has been the captain of the club of a very young Anderlecht, of course.

‘He was still a natural captain and leader on and off the pitch, and he is someone that I would say is really open-minded. 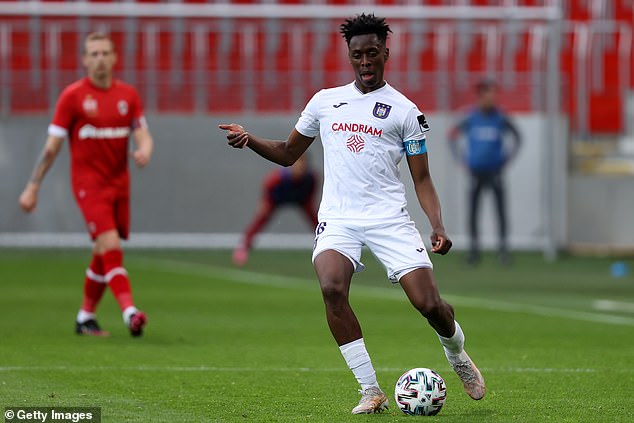 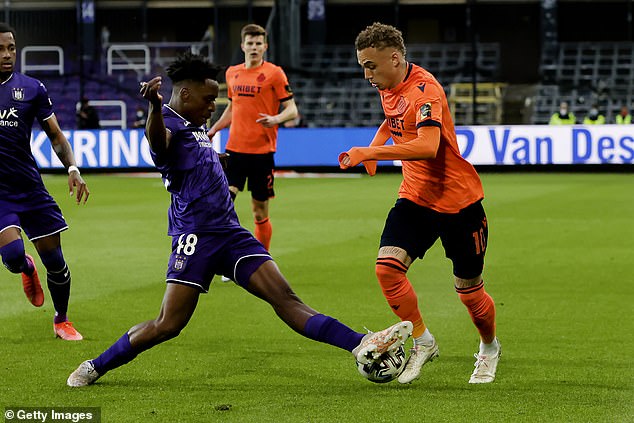 Adapting to life in the Premier League can be tough for any player, but Verbeke feels Anderlecht’s schooling prepares their players for football at the highest level and tipped him to succeed just as scholars Romelu Lukaku and Youri Tielemans have done in the top flight.

‘I think he will settle in really well in a new club because his technical ability is that good, I don’t think there will be any adaptation problems,’ he added.

‘Of course, the Premier League is a higher level than the Belgian league, but the boys that have been developed at Anderlecht like Youri Tielemans and Romelu Lukaku, I think they settled in well because they got a good education at the Anderlecht academy.

‘So, I expect Sambi will do the same thing.’

The Belgium Under-21 international, broke through at Belgian First Division A side Anderlecht, making his debut in December 2017, and played 37 times in all competitions last season, scoring three goals. 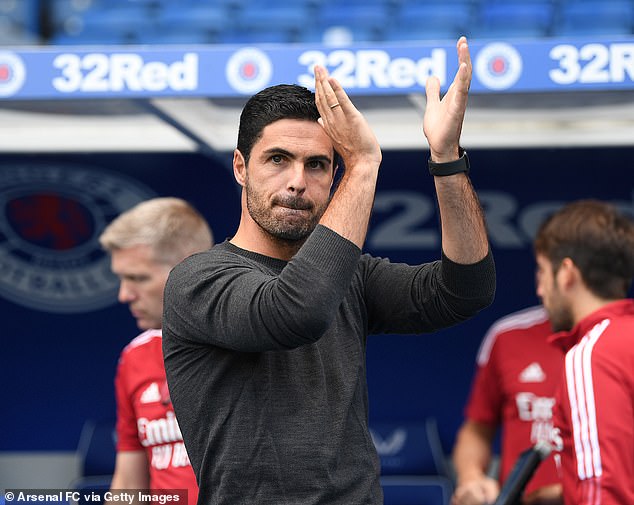 The 21-year-old will wear the No. 23 shirt at Arsenal and has been described by boss Arteta as ‘intelligent and mature’.

‘Albert is a very intelligent player who has shown great maturity in his performances during his development. He has been coached well by Vincent Kompany and his team at Anderlecht.

‘I know Vincent very well and he talks so highly about Albert and the positive impact he had to Anderlecht in recent seasons.

‘We’re confident Albert’s ready for the next stage in his development and we’re looking forward to welcoming a new member to our squad with his quality and presence.’