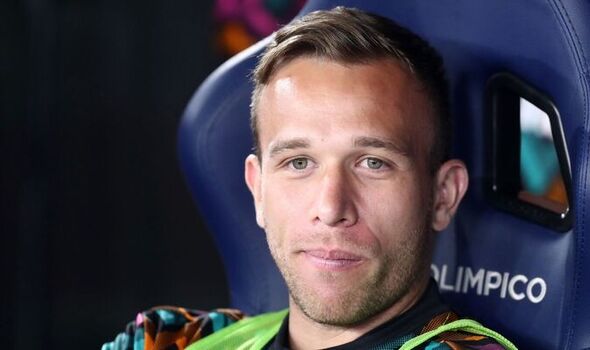 Arsenal are ready to return with a second swoop for Juventus midfielder Arthur Melo but the Bianconeri are keen to point the conversation in the direction of a swap deal involving Gabriel Magalhaes, according to reports from Italy. The Gunners have long admired the ball-playing Brazilian technician, who has had a rough ride in Turin following his move from Barcelona in the summer of 2020.

They were keen to offer him an exit route in January but Juventus were not prepared to let him leave without signing a replacement.

Arsenal even went as far as tabling a proposal but the offer was rejected and Arthur eventually stayed put to help Juve consolidate a top-four finish.

Now TuttoMercato journalist Giacomo Iacobellis claims the Gunners are back in contention for the 25-year-old as Mikel Arteta looks to bolster his midfield options.

However, it’s understood Juventus would prefer to include Gabriel in any deal, as they are seriously interested in landing the former Lille centre-back.

Arsenal are not thought to be keen on losing Gabriel, who has been one of few consistent performers under Arteta this season.

He has been integral for the north London club ever since he arrived for £27m from France in the 2020 summer transfer window.

Gabriel has formed an impressive partnership with Ben White and although the pair couldn’t keep Newcastle at bay on Monday night, Arteta is really happy with the way their pairing has blossomed.

Edu has a professional relationship with the representatives of Arthur and it’s an avenue the club are likely to explore again – regardless of their stance on losing Gabriel.

Although the former Gremio man has been a regular starter in the second half of the season, Juventus are still keen to offload the player before the start of the 2022/23 campaign.

Arsenal were left a little light on the ground towards the end of this season after losing Thomas Partey to a thigh injury at Crystal Palace.

Granit Xhaka has also had to slot into defence, while Mohamed Elneny has enjoyed an unlikely revival.

The Egyptian could yet have his contract extended before it expires at the end of June as talks continue to progress promisingly.

But Arsenal truly lack a player that can dictate the tempo of the game and dominate the ball, something that Arthur is more than capable of.

Arteta and Edu will be hoping the club’s potential lack of Champions League football does not prohibit them from making top signings.

The reps of Gabriel Jesus are already said to have disclosed they will still consider any offers that arrive from Arsenal, who are now on course to finish in fifth – behind rivals Tottenham.