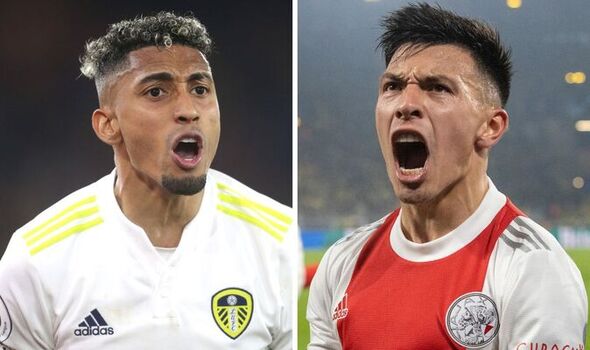 Arsenal will return with improved offers for both Raphinha and Lisandro Martinez after striking a £45million agreement with Premier League champions Manchester City for Gabriel Jesus, Express Sport understands. The Gunners are working around the clock to execute a transfer window like no other to erase the disappointment of last season’s fifth-place finish after Arsenal surrendered Champions League football in the final three matches of the campaign, following back-to-back defeats to Tottenham and Newcastle.

After several weeks of work on a deal, Edu has now finally agreed a package with City for Jesus, who is now set to discuss personal terms before potentially undergoing a medical in north London next week.

Meanwhile, talks with Leeds over a deal for £50m-rated Raphinha are ongoing after Arsenal saw their opening offer rejected by the Whites on Tuesday.

At the beginning of the week, sources relayed to Express Sport that Arsenal were operating cautiously amid fears Leeds were looking to encourage a bidding war amongst potential suitors.

Tottenham are also believed to be readying their opening offer while Chelsea and Barcelona are also in the fray, although the Catalan giants are handicapped by their financial struggles.

Raphinha is now of priority to Arsenal, who are expected to return with an improved offer once they have tied up the remaining formalities with Jesus and his representatives after City gave them permission to discuss terms with the player. 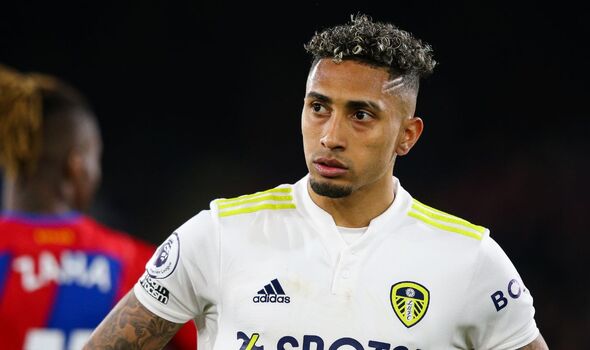 The details of Arsenal’s opening proposal remain undisclosed but it seemingly fell considerably short of Leeds’ valuation, which is believed to be in the region of £60m (including add-ons).

Leeds have already begun work on identifying potential replacements for the 25-year-old with PSV Eindhoven’s Cody Gakpo and Porto’s Otavio among those of interest.

Arsenal appear to be in the driving seat to win the race for Raphinha as direct contacts continue between the two Premier League clubs. However, an agreement is not yet close.

The Gunners also remain in dialogue with Dutch champions Ajax over a deal for 24-year-old defender Martinez.

An opening offer, understood to be worth an estimated £25m was rebuffed by Erik ten Hag’s former side over seven days ago.

However, there’s a sense an offer in the region of £40m could be enough to alter Ajax’s stance on a sale with Manchester United also monitoring the situation.

Arsenal have made fresh contact with Martinez’s representatives since their opening offer was rejected and they’re confident he would be open to moving to the Emirates Stadium.

Martinez is also deemed capable of providing cover at left-back for Kieran Tierney, while he can also play in defensive midfield if required.

The Gunners have also received interest from a number of European clubs in Portuguese left-back Nuno Tavares, who arrived at the club of £6.8m last summer from Benfica.

Atalanta, Marseille and Real Sociedad are all understood to be interested in signing Tavares on loan next season, although no decision has yet been made on his future.

Marseille are also willing to offer Arsenal £25m to keep William Saliba on a permanent deal.

The France international defender was named in Ligue 1 Team of the Year following an excellent loan spell at the Stade Velodrome last term and he is understood to be open to an immediate return after securing Champions League qualification.

Mikel Arteta has already publicly declared he plans to keep Saliba next season but if the 21-year-old cannot receive assurances of regular game time, he would be prepared to leave north London to keep his World Cup dream alive.

Arsenal forked out £27m to sign the central defender from Saint-Etienne in the summer of 2019 but he is yet to feature for the first team following three loan spells in France.

Marseille are also interested in signing Nuno Tavares on loan from the Gunners, although no decision has been made on the Portuguese full-back’s future.