Arsenal have a new midfielder after completing the signing of Fabio Vieira, and they’ll be hoping that he can be anything like the former Gunner that shared the same surname. In order to do that, he will have to improve on their recent track record of no.21’s though.

Vieira was handed the no.21 shirt after arriving from Porto, but there wasn’t exactly a long queue ready to take the number.

The 22-year-old has arrived from Porto in a deal worth £34.2million, after Arsenal’s technical director Edu negotiated a fee below the midfielder’s release clause. Vieira is the latest talent to switch Portugal for England this summer after Darwin Nunez joined Liverpool from Benfica.

Vieira’s new team-mate Eddie Nketiah has been handed the no.14 shirt, while no.9 could be left for Gabriel Jesus if Arsenal can strike a deal with Manchester City. But the no.21 isn’t too favourable at Arsenal, and it’s been vacant ever since Calum Chambers left in January.

JUST IN: Neville tells Glazers to turn down £11m dividends for three reasons 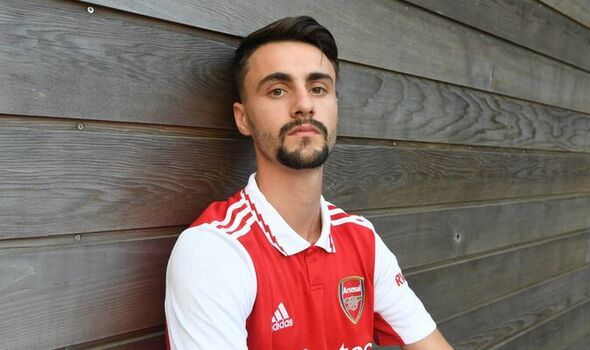 The no.14 is one of the more iconic numbers at Arsenal, with Thierry Henry making it prestigious in his own right. And Dennis Bergkamp is one of the heroes that inspired Emile Smith Rowe to take no.10, while Martin Odegaard is wearing Ian Wright’s old no.8.

But the same cannot be said for no.21, as Chambers held the number until January after picking it back in 2014. The England defender picked up from where Lukas Fabianksi left off, after the goalkeeper chose the number in 2007.

It was sported by another goalkeeper before Fabianski, as Mart Poom wore it for two seasons, and before that it was Jermaine Pennant’s number to kick off the millennium. None of the players mentioned were able to live up to expectations at Arsenal, although Vieira will be hoping to change that.

Vieira will be aware of the legend that shares his name at Arsenal, and the tough tackling Frenchman must be somewhat of an inspiration for the new Gunners star. However, the iconic no.4 that he wore was not available.

The no.4 has already been taken by William Saliba, another Frenchman that’s looking to thrive at Arsenal. The only issue is, he is yet to play a single game for the club. But Arsenal have been patient with Saliba, and it looks to have paid off after a breakthrough year on loan at Marseille last season. 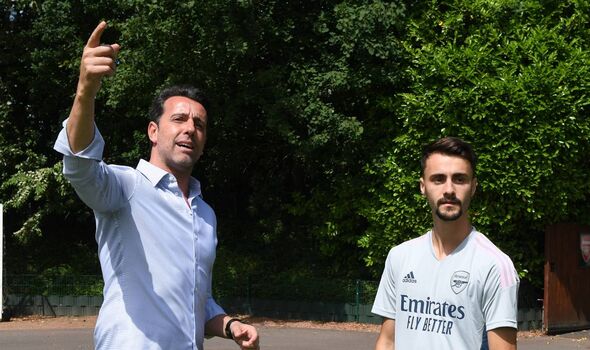 The defender scooped up the Ligue 1 young player of the season award for his fantastic showing in a Marseille shirt, and unlike Arsenal, they will be playing in the Champions League season. But despite hinting about wanting to stay in France, Mikel Arteta insisted that Saliba must return to Arsenal.

Now that Arsenal will be playing Europa League football they will need a bigger squad, but Saliba has made a case that he should be starting next season. But with a lot of competition in that area, it won’t be easy.

And Vieira will also find it tough, although Arteta must be confident to spend £34.2m on the Portuguese star. “I am very excited that we have identified and signed such a special talent,” said the Arsenal boss.