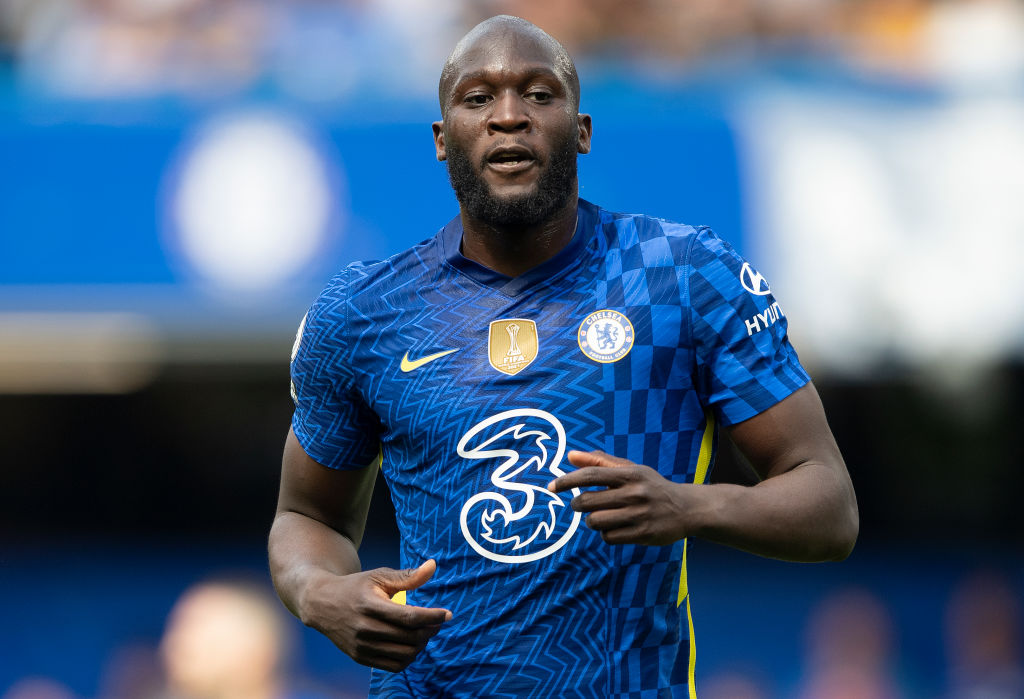 The Gunners are looking for a new centre-forward this summer following the recent departures of Pierre-Emerick Aubameyang and Alexandre Lacazette.

Lukaku has struggled since making a £97.5million move to Stamford Bridge last year and, according to reports, wants to leave Chelsea with a return to Inter Milan on a loan deal in the pipeline.

However, Merson – the former Arsenal winger – believes his old side should enter the race for the Belgian star despite his struggles in front of goal last season.

Writing in his Daily Star column, he said: ‘Arsenal should make a cheeky £60m bid for Romelu Lukaku this summer.

‘Because if Chelsea are so desperate to let him go that they’re talking about loaning him to Inter Milan, surely they would take the money! Arsenal haven’t had someone who is big and strong and dynamic like that since Kevin Campbell.

‘I know he hasn’t scored a lot of goals this season but Lukaku is an elite goalscorer. Arsenal play great football up to the edge of the box but then it often fizzles out. Arsenal go through the lines. They want their striker on the edge of the box. It would suit him.’

However, the 29-year-old began the campaign strongly and starred in a 2-0 victory at the Emirates last August.

The Gunners are trying to nail down Eddie Nketiah to a new contract after his purple patch towards the end of last season but are seeking a top level striker to lead the line.

Manchester City’s Gabriel Jesus has been heavily linked with a move to Arsenal but will still take some convincing with other Premier League clubs believed to be in the running for his signature.

Speaking earlier this year, Arteta revealed the qualities he is looking for in Arsenal’s new centre-forward.