Arsenal have four transfer targets they could sign in January window

Arsenal boss Mikel Arteta was able to bring in five new signings this summer as the Gunners boss aimed to complete his squad transformation. The Spaniard was handed £120m to further improve his squad after narrowly missing out on a top-four finish and they have reaped the rewards with five wins from their opening six games.

The Spaniard made some smart additions with the capture of Manchester City’s title-winning pair Gabriel Jesus and Oleksandr Zinchenko, with Fabio Vieira, Marquinhos and Matt Turner completing their business.

But even with their five new arrivals, Arteta pushed for more late in the window and failed to bring in a central midfielder and winger. However, January could be another opportunity for the north London side to splash the cash. 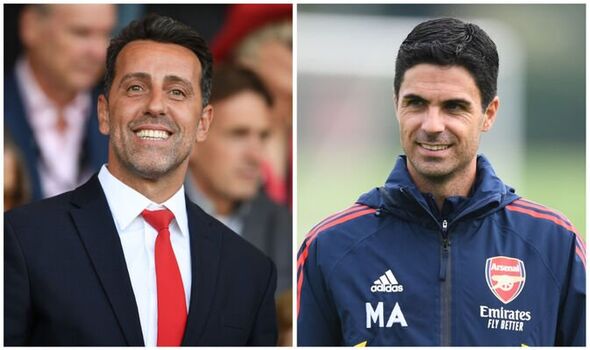 There was no denying that Arsenal were keen to add Aston Villa midfielder Douglas Luiz to their Brazilian contingent — and it remains possible, perhaps even more likely, that a deal will happen in January.

The 24-year-old’s current deal expires in just 10 months’ time and the Midlands outfit rejected a £25m bid on deadline day from Arsenal, with the club are still hoping to tie down Luiz to a new deal.

But they may struggle to convince the Brazil international to commit his future while the team are in the bottom half. And that could persuade Arsenal to return with another bid in January, whereby they will be free to negotiate a contract with Luiz if he does not renew. 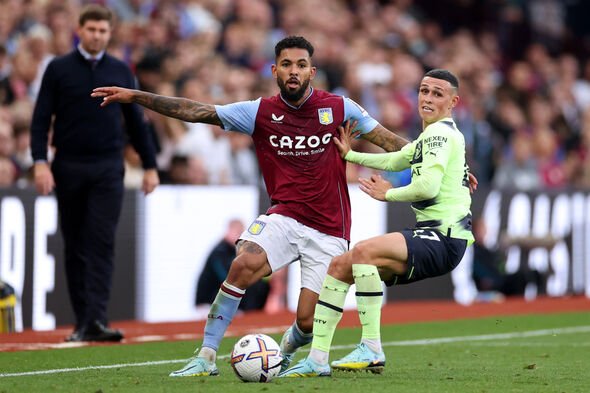 As it proved with their pursuit of Douglas Luiz, Arsenal were keen to recruit a new central midfielder before the transfer window shut. In addition to the Aston Villa star, Palmeiras enforcer Danilo was on Arteta’s shortlist.

The 21-year-old has been one of the best performers in South America, helping his club win the Copa Libertadores. He had been valued at around £20m by his club, which makes him an affordable option, but Arsenal never followed up on their initial interest after holding talks.

Injuries to Thomas Partey and Mohamed Elneny have left the Spaniard short, with the latter’s injury likely to keep him sidelined for months. And it is not of the question that Arsenal revives their move for Danilo or even agrees on a deal prior to January if the situation worsens.

Arteta was eager to sign a winger this summer and the exit of Nicolas Pepe means Arsenal have been left light in backup options. And it would be no surprise if the 40-year-old launched a bid for Wolves attacker Pedro Neto if the congested schedule takes its toll on his squad.

It was claimed that Neto was being targeted for a £50m move, although Wolves value the Portuguese winger at around £70m. He still has four years left on his contract, giving the Midlands outfit some power in any negotiations.

But after a disappointing start to the season, it remains to be seen how much longer Bruno Lage will be able to keep Neto out of the clutches of top-four clubs, especially if Arsenal continue their impressive form. 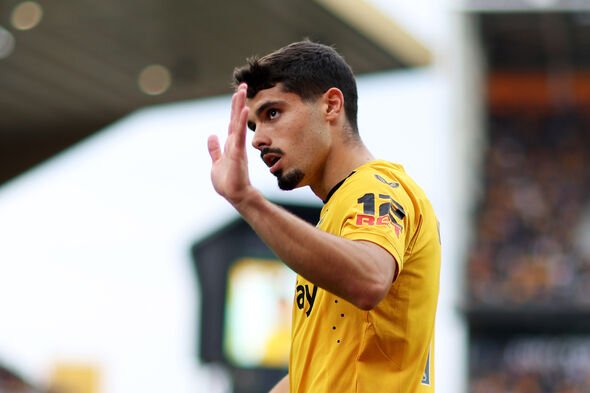 Despite reports of technical director Edu Gaspar flying out to Valencia for reported talks with Villarreal, a move never transpired for Spain starlet Yeremy Pino.

Former Gunners boss Unai Emery, now in charge of the La Liga side, admitted they may have to sell if they receive an irresistible offer for the 19-year-old due to their financial issues.

But spending £25m on a relatively unproven forward may be a bridge too far for Arsenal. It may be a deal that they can re-evaluate in January if Pino makes it clear that he wants to leave, with Arteta known to be an admirer of the youngster’s talents.