Zinchenko speaks with Gary Lineker about war in Ukraine

Arsenal’s hopes of signing Oleksandr Zinchenko have been boosted by Manchester City already having a replacement lined up for the player. City are reportedly still keen on signing Brighton star Marc Cucurella this summer and he could be a straight swap in the City squad for Zinchenko.

Arsenal are hoping to sign a left-back and the Ukraine international is now their top target. They hoped to sign Lisandro Martinez from Ajax but he will now be joining his former boss Erik ten Hag at Manchester United.

Zinchenko was linked with a move to the Emirates earlier this summer. And now the Gunners have stepped up their interest in the versatile star.

Transfer expert Fabrizio Romano says City are open to allowing the 25-year-old to leave the club in this window. And they already have a plan to replace him in Cucurella. 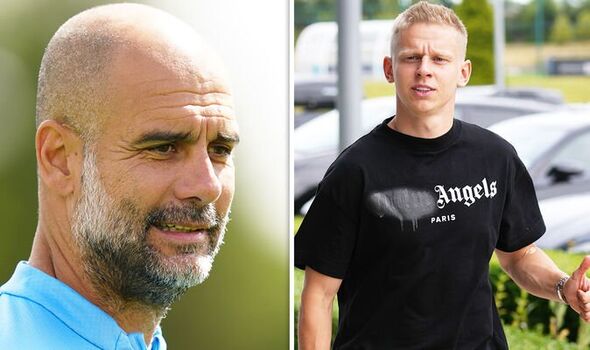 “Arsenal working on Zinchenko deal. Sergio Gomez, back up option.”

Cucurella only joined Brighton from Spanish side Getafe last summer. But he had a successful first season in the Premier League.

The 23-year-old started 35 of Brighton’s 38 league matches, with one goal and one assist to his name. Cucurella still has four years remaining on his contract at the Amex but the lure of playing for the English champions could be too much to turn down. 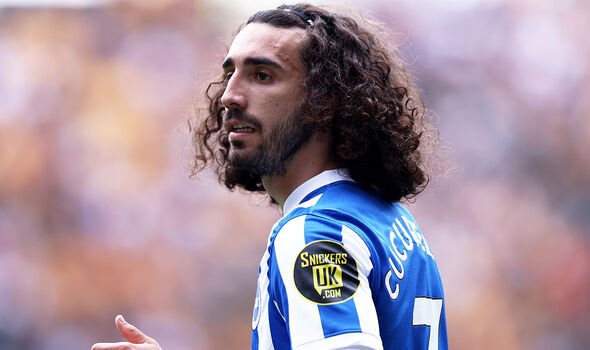 Meanwhile, Arsenal are in the market for a left-back to provide cover and competition for Kieran Tierney. The Scotland international has been hampered by injury problems throughout his time at the Emirates.

Nuno Tavares was brought in to provide backup to Tierney but had a difficult first season at the club and could head out on loan this summer. Arteta knows Zinchenko well from his time as assistant to Pep Guardiola at City.

The Spaniard is attracted by Zinchenko’s ability to play at left-back but also in midfield if required. Arsenal have made four signings so far this summer, with Gabriel Jesus their most expensive acquisition at £45million.

Lyon midfielder Lucas Paqueta is linked with a move to north London. Arsenal were also interested in signing Leeds star Raphinha, though he has now agreed to join Barcelona.