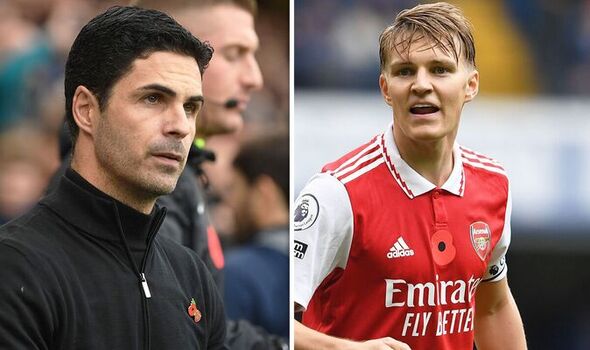 Arsenal have finalised their plans for the World Cup break. Mikel Arteta’s side are set to play three friendlies, including two exhibition matches in Dubai in a pre-season style competition.

Arsenal know they will remain top of the Premier League table when the season comes to a halt if they beat Wolves on Saturday. The Gunners overcame Chelsea 1-0 on Sunday thanks to Gabriel’s close-range goal to return to the summit.

Clubs face an unprecedented mid-season break, with league action in England not resuming in England until Boxing Day. Arsenal have been in discussions for several weeks over their plans during the hiatus.

It has been known for some while that they were planning to travel to Dubai in order to be in close distance to their players who exit the World Cup early. And The Athletic have now given a confirmed schedule for the north Londoners.

It is claimed the Arsenal players who are not going to the World Cup will be given around 10 days off following the weekend’s match at Wolves. They will then fly to Dubai on December 4 to continue topping up their fitness.

They will face Lyon on December 8 and AC Milan on December 13 in a round robin tournament. Liverpool are also set to be involved but are not expected to play against the Gunners.

The details of the competition are set to be announced in the next week. Arsenal will leave Dubai on December 14 and fly back to London.

The third and final match of the break will be at the Emirates, likely to be on December 17, with Spanish opposition set to be confirmed. Arsenal will resume their Premier League campaign at home to West Ham on December 26.

However, if they beat Brighton on Wednesday in the Carabao Cup, they are set to face a round four tie just a matter of days after the World Cup final on the week commencing December 19.

Speaking after Sunday’s win at Chelsea, Arteta admitted it will be a challenge for every club to get the right balance during the upcoming break. He told BT Sport: “The plan is not finished.

“We’re planning to win Wednesday and Sunday. Then we will have time to finalise what we’re going to do.

“We have some ideas, how we can help our players. For every manager and every club, it’s going to be a challenge because it’s unprecedented.”