Arsenal could be about to sell Hector Bellerin back to Real Betis, reports claim. That would be a boost to William Saliba’s chances of getting his preferred shirt number at the Emirates.

Bellerin spent last season on loan at Betis and is keen on a return to the Spanish side. There was no option for Betis to sign the right-back and he is currently back with Arsenal for pre-season.

However, his contract expires next summer and all parties are hoping for a solution. Arsenal are yet to make any sales this summer, aside from Matteo Guendouzi and Konstantinos Mavropanos whose departures were written into their loan deals away from the club last season.

But Bellerin could become the first. Spanish outlet El Chiringuito says Betis are set to sell left-back Alex Moreno for between £17million and £21m.

Premier League new boys Nottingham Forest are keen on signing Moreno, as are Brighton. Moreno could be a replacement at the Amex for Marc Cucurella, who is wanted by Manchester City following the impending departure of Oleksandr Zinchenko to Arsenal. 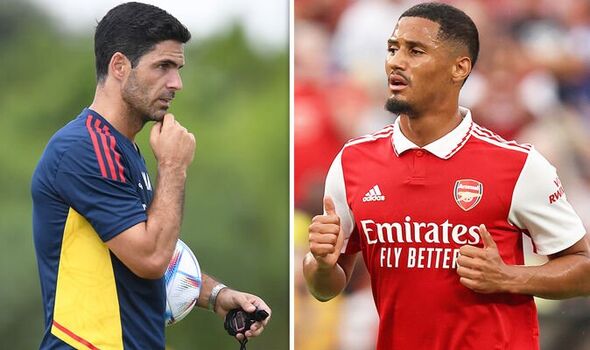 If Bellerin were to leave, it would bring to an end an 11-year stay in north London. He has made 239 appearances for the Gunners, scoring nine goals.

His departure would also open up the No 2 shirt for Saliba. The Frenchman has returned from his loan at Marseille and made only his second friendly appearance for the club in the 2-0 win over Everton in Baltimore at the weekend.

Saliba wore the No 2 during his time at Marseille, where his performances earned him a first call-up and caps for the senior France side. He was given the No 4 shirt at Arsenal ahead of the 2020/21 season but didn’t make an appearance in the jersey.

Ben White took the No 4 last summer following his £50m arrival from Brighton. Saliba has donned the No 12 in pre-season but that would likely change if Bellerin were to leave, with Arsenal yet to officially confirm his squad number. 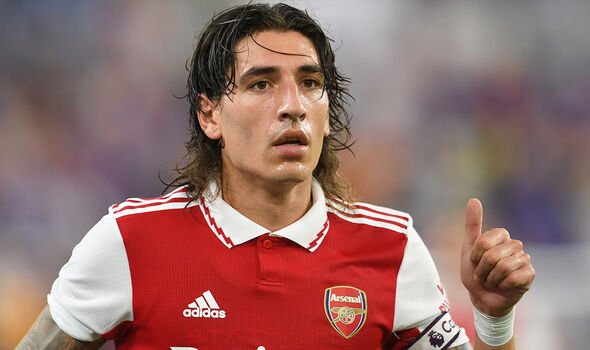 Earlier this month, the Premier League website listed Saliba as the Gunners’ No 2 before removing it. The 21-year-old is hoping to make his mark this season and has spoken to Mikel Arteta about his plans.

Saliba said: “We spoke a little bit on Monday and will speak more. My plan is to fight and work with the team, win as much as possible, and grow more.

“It feels good to be back and starting pre-season. I’m so excited to continue training and playing in the friendly games.

“It’s important to be here with the fans, as well as my teammates. I hope we’ll enjoy some good training and games which is important before the start of the season.”