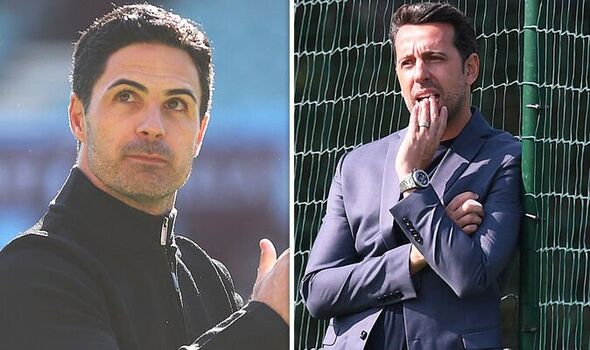 Arsenal technical director Edu has identified Tite as a replacement for Mikel Arteta, according to sensational reports from Brazil. Arsenal are claimed to want to appoint the Brazil boss as their manager from the 2023/24 season.

Arteta has spearheaded Arsenal’s revival in the Premier League this season. The Gunners are on track to qualify for the Champions League for the first time since 2016.

However, according to Brazilian outlet Ge Globo, Edu wants a change at the helm at the Emirates. The Gunners chief is claimed to have identified Tite as the man he wants to replace Arteta.

Tite will leave his role as Brazil head coach following the World Cup in Qatar later this year. And the report says Edu wants him to be in charge of Arsenal from the season after next.

Edu knows Tite well having worked with him at Corinthians and with the Brazil national team. Edu is said to have opened talks with the 60-year-old but they are still at an early stage.

Tite, who has been in charge of Brazil since 2016, has never managed in Europe. He went straight into management following the end of his playing career in 1990 and has managed 14 different club sides, including Corinthians on three occasions.

Replacing Arteta would be a shock decision for many due to Arsenal’s resurgence this season. After losing the first three games of the Premier League season, the Gunners are now in a position to have their best season since the departure of former boss Arsene Wenger.

However, Arteta’s contract is set to expire at the end of the 2022/23 campaign. Paris Saint-Germain are reportedly interested in taking Arteta to the French capital.

Mauricio Pochettino’s future at PSG is in major doubt following the club’s exit from the Champions League to Real Madrid. Arteta had a loan spell at PSG during the 2001/02 season.

Tite could potentially be a backup option for Edu if Arteta does not decide to sign a new contract. However, the Spaniard was asked about PSG’s interest in him earlier this month.

And he insisted he was happy where he is right now, replying: “It’s very simple. I am extremely happy here and grateful that this is where I am.”