Arsenal manager Mikel Arteta has dropped a hint he will change his plan from the last time his team visited Selhurst Park in an attempt to thwart Wilfried Zaha. Arsenal face a trip to Crystal Palace on the opening day of the Premier League season, four months after a 3-0 defeat against the Eagles.

Palace gave the Gunners the run around and put a dent in their Champions League qualification hopes. Zaha in particular was a thorn in their side.

Former Tottenham striker Darren Bent claimed Zaha “bullied” Arsenal right-back Cedric Soares on the night. And Arteta may well be planning to leave the Portugal star out of his team this time around.

Takehiro Tomiyasu is yet to feature in pre-season due to injury. Cedric would usually be the second in line to play at right-back. 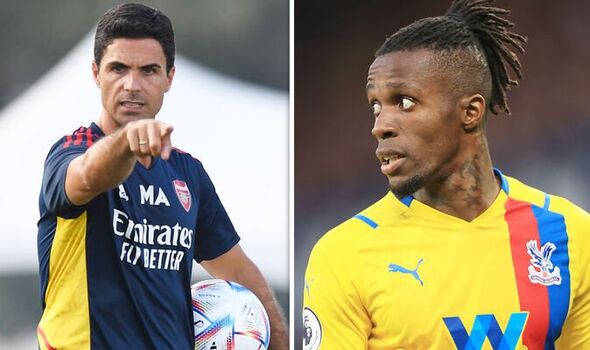 However, Arteta used Ben White in that position in the 4-0 friendly win over Chelsea at the weekend. White played there a handful of times last season and could start this campaign in that role.

William Saliba’s return from Marseille has seen him start to build a partnership with Gabriel in pre-season. And that could be how Arsenal line up on August 5.

Arteta’s side need to start the season strongly and cannot afford a damaging defeat live in front of the Sky Sports cameras, just like against Brentford on the opening day last term. Zaha often seems to save his best for Arsenal and gave Cedric a torrid night in April.

Speaking after the match on talkSPORT, Arsenal fan Bent said: “(Zaha) is one of those players that I call bullies. Because, once he knows he’s got the full-back, he knows he can do what we wants with him. He just toys with him. 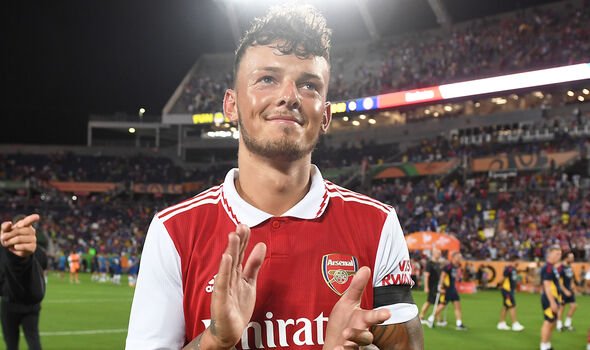 “Cedric tried a couple of times to get tight to him, to make it difficult. But, in the end, he just knew; ‘I can’t get anywhere near him’.”

Cedric lasted 66 minutes in the last trip to Palace. But some supporters on social media have already voiced their concern of seeing him start again next week.

Tomiyasu’s fitness will be a concern for Arteta, with the Japan international having missed much of 2022 already. He would have hoped to have taken a full part in pre-season after joining on deadline day last summer.

Tomiyasu, having played at centre-back earlier in his career, provides a more defensive option than Cedric at right-back. Arteta will be hoping White can do that if he is indeed given the nod at Palace.