Arsenal have an obvious alternative to Raphinha staring them in the face in the shape of Bayern Munich star Serge Gnabry. The Gunners are now behind in the race for Raphinha and may have to look for different options.

Chelsea have moved ahead of Arsenal in the pursuit of the Leeds star. The Blues have agreed a fee with Leeds in excess of £55million.

Gnagry could be the perfect alternative for the Gunners. The German is out of contract at Bayern at the end of next season.

The Bundesliga giants are wary of letting him run down his contract and leave for free in 12 months’ time. Therefore Bayern have been reported by both Sky Sport Germany and SportBild to be willing to let Gnabry leave for just £34m (€40m). 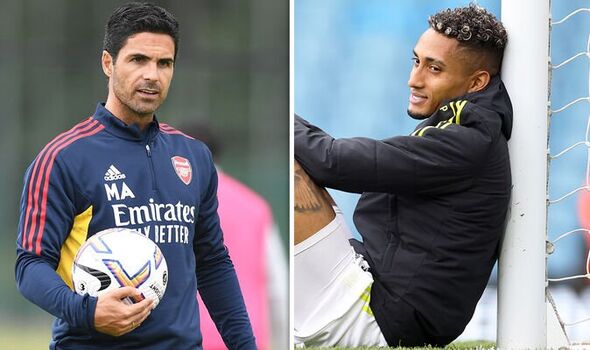 That would be over £20m cheaper than what Chelsea are paying for Raphinha. Gnabry is 18 months older than Raphinha but would be returning to a club he knows very well.

He suffered several injury problems throughout the rest of his time in north London and after an unsuccessful loan spell at West Brom, he left on a permanent deal to join Werder Bremen. 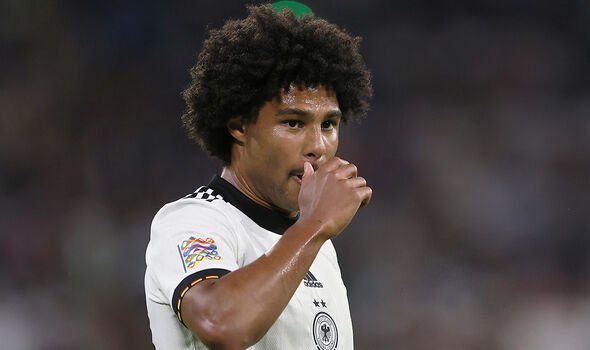 Gnabry has become a star at Bayern since joining them in 2017 and is also a regular for the German national team, scoring a hugely impressive 20 goals in 34 caps for his country.

But many Arsenal supporters have felt there is unfinished business for the winger at the club. And this summer could be the perfect chance for a reunion.

Mikel Arteta is clearly in the market for a winger. Arsenal have had a bid rejected for Raphinha and are still keeping an eye on his situation.

But Gnabry could provide exactly what the Gunners need instead. The 26-year-old’s goal tally has become increasingly impressive during his time at Bayern.

Despite making just 25 Bundesliga starts last season, he scored 14 goals and registered five assists. That is more than any Arsenal player managed in all competitions.

Gabriel Jesus is set to help in that area, with a £45m deal for the Brazilian set to be announced imminently. But the more firepower Arsenal can add, the better.

Gnabry would be a hugely popular signing with the supporters. He has never hidden his admiration for the club and bringing back his former team-mate would be a wise move from Arteta.