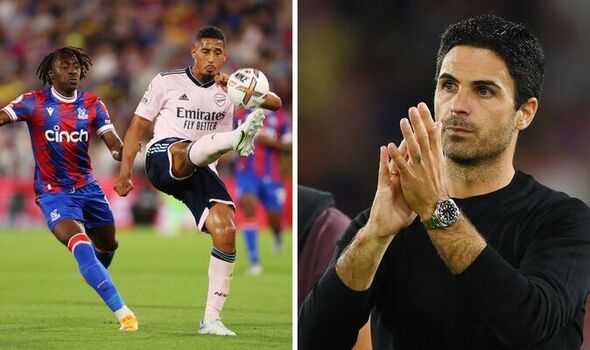 Mikel Arteta was delighted with William Saliba’s full Arsenal debut after the Frenchman was handed the Man of the Match award by Sky Sports pundit Jamie Carragher following the Gunners’ steely 2-0 win at Crystal Palace in their Premier League opener. The 21-year-old has had to wait three years for his professional Arsenal bow following loan spells with Saint-Etienne, Nice and Marseille but he certainly delivered on the big stage.

Saliba was comfortably the best player of the park as he marshalled Arsenal to a clean sheet at Selhurst Park.

He looked the real deal as he made several important blocks and tackles to help keep Palace at bay.

Carragher was more than impressed during commentary, handing Saliba the Man of the Match award, while Gary Neville compared the defender to Rio Ferdinand.

Arteta was in agreement with the former Liverpool centre-back, telling Sky Sports: “Rightly so [Man of the Match], he was superb tonight again. 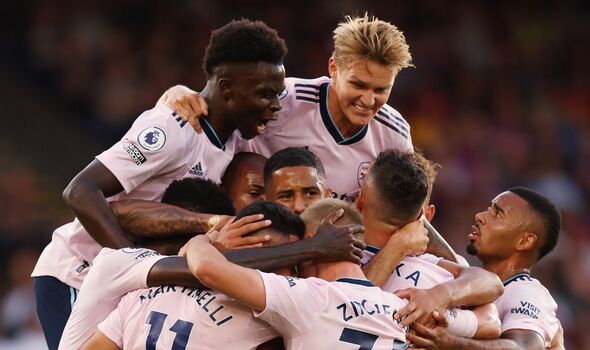 “The way we started the game was superb, we should have scored one or two more chances.

“They play with four very physical players in their last line and they try and turn you around. We have to manage that and William was so good at doing that.”

Carragher was also full of praise for Saliba’s stature and his physical presence which he made known during the encounter.

Arteta added: “You need the right balance, physicality and discipline. You cannot come short because if you do, you’re going to be exposed and you’re going to have to deal with it in certain games.

“Playing in the backline with that size is something that is really important in these matches.”

Aaron Ramsdale was also forced into action when he kept out a header from Odsonne Edouard.

Much like Saliba, Palace defender Joachim Andersen also gave an excellent account of himself with his long passing, despite conceding two goals.

Palace continued to probe but Saliba and Arsenal held firm to hold onto their precious clean sheet.

They did eventually kill the game when Marc Guehi turned into his own net from Bukayo Saka’s cross to wrap up the three points for Arsenal.

The Gunners now prepare to host Leicester as they head into the opening weekend top of the pile.